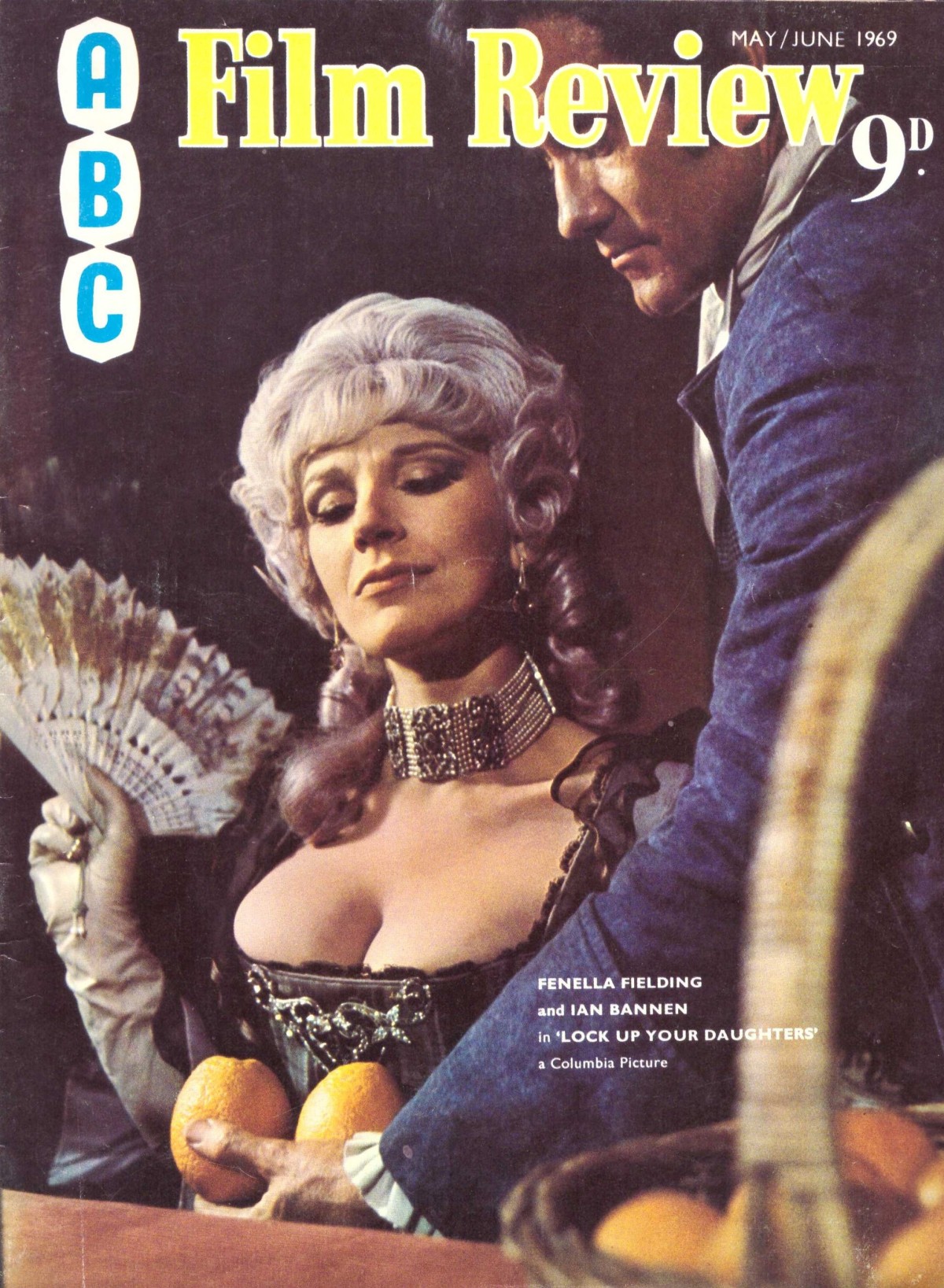 Worth seeing for all the wrong reasons prime example being Christopher Plummer with a false nose and almost unrecognisable as an eighteenth century periwigged English dandy in a pure squalor of a coastal town. The best reason is the very realistic background, all mud, missing teeth, drunkenness, cockfighting, poverty, debtors strung up in baskets – not the usual bucolic image of Olde England. But everything gets bogged down in an indecipherable plot. Robert Altman mastered the multi-character narrative in such gems as Nashville (1975) but here debut director Peter Coe most demonstrably did not.

This started life as a modestly successful London West End stage musical and probably for budgetary reasons the songs were discarded. All that’s left is plot. And plot and plot. All to do with sex as it happens. Husbands exist only to be cuckolded. Cleavage is obligatory for women. Young women lusting after sex have been brought up in contradictory fashion to view it as dirty. And no eighteenth century tale is complete without a regimen of long-lost daughters and sons.

It starts promisingly enough in early morning with a town crier (Arthur Mullard) filling us in on the predilections and problems of various prominent citizens, most notably Lord Foppington (Christopher Plummer), the foppest of the fops, gearing up for an arranged marriage to Hoyden (Vanessa Howard). As a virgin not wanting to come to his wedding night bereft of the necessary skills, he employs strumpet Nell (Georgia Brown) to bring him up to speed.

Meanwhile, it’s “lock up your daughters” time as a ship’s crew, at sea for ten months, given two days leave, start charging through the town, fondling and kissing any woman of any age who happens to stand still for a moment. Among this randy bunch are Ramble (Ian Bannen), Shaftoe (Tom Bell) and Lusty (Jim Dale). Ramble is given the eye by married Lady Eager (Fenella Fielding), Shaftoe takes a fancy to Hilaret (Susannah York) while old flame Nell is targeted by Lusty (Jim Dale). Mrs Squeezum (Glynis Johns) seeks sex anywhere and there’s maid Cloris (Elaine Taylor) also seeking physical fulfilment.

Of course, the whole purpose of the narrative is to thwart true and illicit love, husbands and fathers returning at inconvenient times. And had the storyline stuck to the tried-and-tested formula devised very successfully for Tom Jones (1963) and The Amorous Adventures of Moll Flanders (1965) it might well have worked. But the instinct to make meaningful comment by way of satire takes the story in very unlikely directions, an extended court scene with a barmy judge the worst of such excesses, though a food fight comes close.

It’s meant to play as a farce, the men climbing (literally) in and out of bedrooms, the town’s apparently only ladder put to continuous use. But what would work on stage sadly falls down here, and not just because the occasional song might have come as light relief. There is an element of the female confusion over sex, natural instinct going against education, and so ill-informed that at the slightest chaste kiss they are likely to cry rape, but that’s as close as the movie gets to anything that makes sense.  A movie that needed a sense of pace just becomes one scene tumbling into another.

Christopher Plummer (Nobody Runs Forever/The High Commissioner, 1968) makes by far his worst screen choice. He’s so concealed in his clothing that movement is inhibited and most of his acting relies on overworked eyeballs. Susannah York (Sands of the Kalahari, 1965) is pretty much lost in the shuffle. Ian Bannen (Penelope, 1966) is the pick, largely because he is required not to play villain, grump or idiot, and his Scottish charm and confidence works very well. Tom Bell (The Long Day’s Dying, 1967) is not cut out for comedy whereas Jim Dale (Carry On Doctor, 1967) who very much is does not get enough.

Keith Waterhouse and Willis Hall (Billy Liar, 1963) wrote the screenplay based on, as well as the original musical, a number of sources drawn from the works of Henry Fielding (author of Tom Jones) and John Vanbrugh. Peter Coe never directed another movie.

Hard to find so Ebay will be the best bet.