This is by way of a trailer. By the end of the month – i.e. tomorrow – this Blog will have been running for an entire year. One of the interesting aspects of the Blog for me has been reader response to particular pictures. Some pictures I though would be stone-cold faves such as Easy Rider (1969), “Rat Pack” vehicle Sergeants 3 (1962), Lee Marvin in Point Blank (1967) and the unfairly neglected historical epic The Fall of the Roman Empire (1964) have turned out to be less popular – in terms of views – than I might have imagined.

And, on the contrary, some films have generated an enormous number of views, far more in many cases than I had believed they would, far more than I had any reason to suppose any of my postings would.

So tomorrow (June 30) I am going to list the films I enjoyed most throughout the year – movies that qualified for my own five-star rating.

I am going to follow that up on Thursday (July 1) by publishing the list of the Top 25 most popular movie posts as judged by my readers.

But I thought it might be interesting as a little competition for people to guess what the most popular film has been. There’s no prize so there’s nothing to be gained by seeing what other people have suggested. It would certainly be interesting. So if you fancy doing this, then just put your suggestion in the Comments section.

I have posted over 200 reviews, the bulk of them on films themselves, though regular readers will know I also write about the makings of films, about how books are adapted into films and a few other movie-related subjects that catch my eye. But this tally will just refer to films rather than anything else.

Given this is my first year, I had no real expectations of what to expect, least of all that I would attract a regular following and that, overall, the Blog has exceeded my wildest expectations. I have attracted readers in over 70 countries, so it’s fascinating to observe how this particular decade has proved so interesting to such a wide audience.

Make sure you check out my post on July 1 to find out which were the most popular films of the first year of the blog. 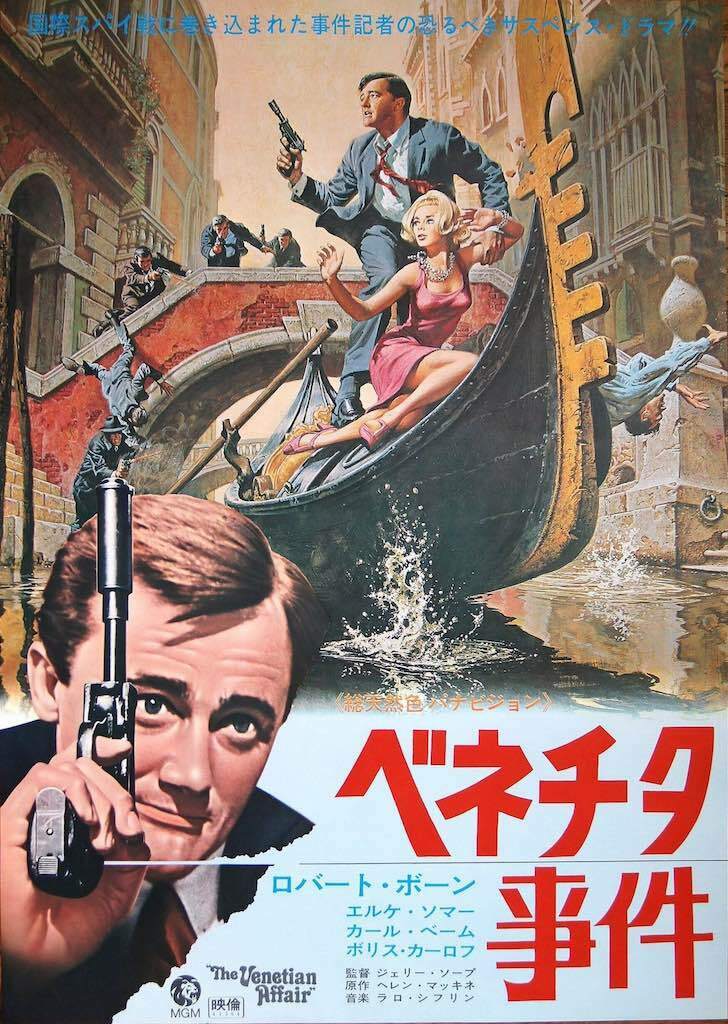 Many thanks to all who took the time to enter the first-ever competition run by the Blog. The idea was to guess which of the films reviewed in the April Blog received the highest number of views. How many did you get correct?

If I had not restricted the films in the competition to those that were just reviewed in the April edition of the Blog, I would have had to find room for another picture that was originally reviewed last year. Polish epic Pharaoh/Faraon (1966) would have taken fifth place if I had changed the criteria to just total views for the month.

I am delighted to see readers digging back into the Blog to ferret out great films.

The winner has requested that I respect his anonymity. He writes a movie blog under the pseudonym “Over-The-Shoulder” and has asked I don’t reveal his full name. But if you want to know what he writes about, check out his blog. 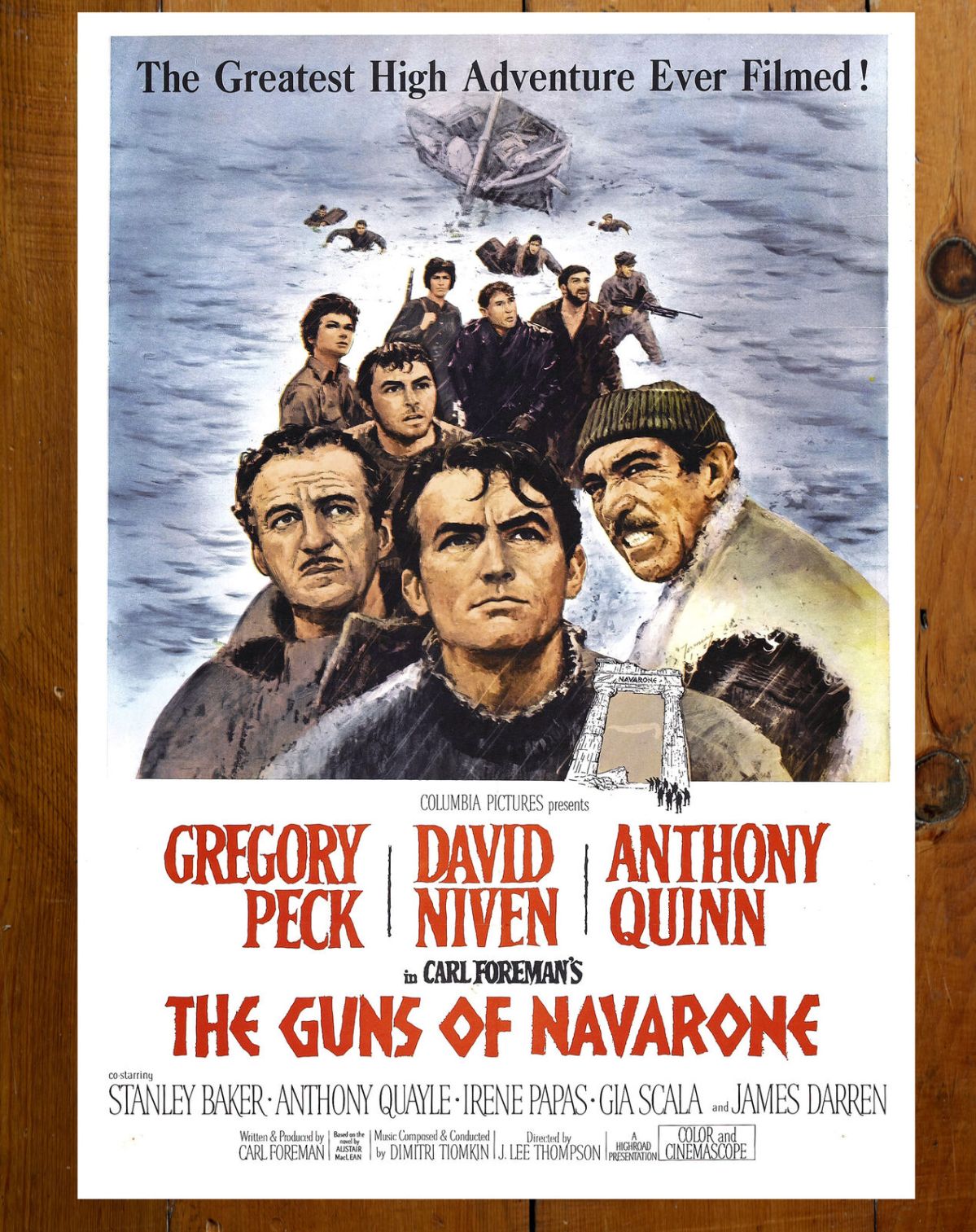 What were the most popular films of last month on the Blog in terms of views? Was it Julie Christie hunting for a lover in In Search of Gregory, Doris Day comedy Move Over, Darling, James Garner and Sidney Poitier is all-action western Duel at Diablo, British newcomer Carol White under threat in Daddy’s Gone A-Hunting or twisty thriller The Secret Partner with Stewart Granger?

Or was it none of these? Would you pick instead Britt Ekland as an unlikely Amish stripper in The Night They Raided Minskys or a depressed Anne Bancroft in The Pumpkin Eater or Robert Vaughn in spy thriller The Venetian Affair?

Or would your choice be Mafia thriller Stiletto with Alex Cord or Claude Chabrol’s French love triangle Les Biches or Richard Widmark in The Secret Ways, an adaptation of the Alistair Maclean bestseller?

Guess which were the top five films last month in terms of views in ascending order and you could win a signed copy of my book The Making of The Guns of Navarone. This is the revised edition with for the first time over 30 illustrations.

Email your answers to bhkhannan@aol.com

Closing date is today at midnight.

The Royal World Premiere of the film took place at the Odeon Leicester Square, London, on April 27, 1961. But it was not released in the U.S. until June, opening at the Criterion and Murray Hill cinemas in New York. At all three cinemas it broke the box office record.

All you have to do to enter is guess from all the films reviewed in the Blog in April which five proved the most popular (judged from the number of views).

Put the five you have chosen in ascending order.

Email your answers to me at bhkhannan@aol.com

The person who gets the most right in the proper order will be declared the winner.

The book will be posted free of charge anywhere in the world and, being the author, I can arrange for it to be signed. The closing date is Monday, May 17.