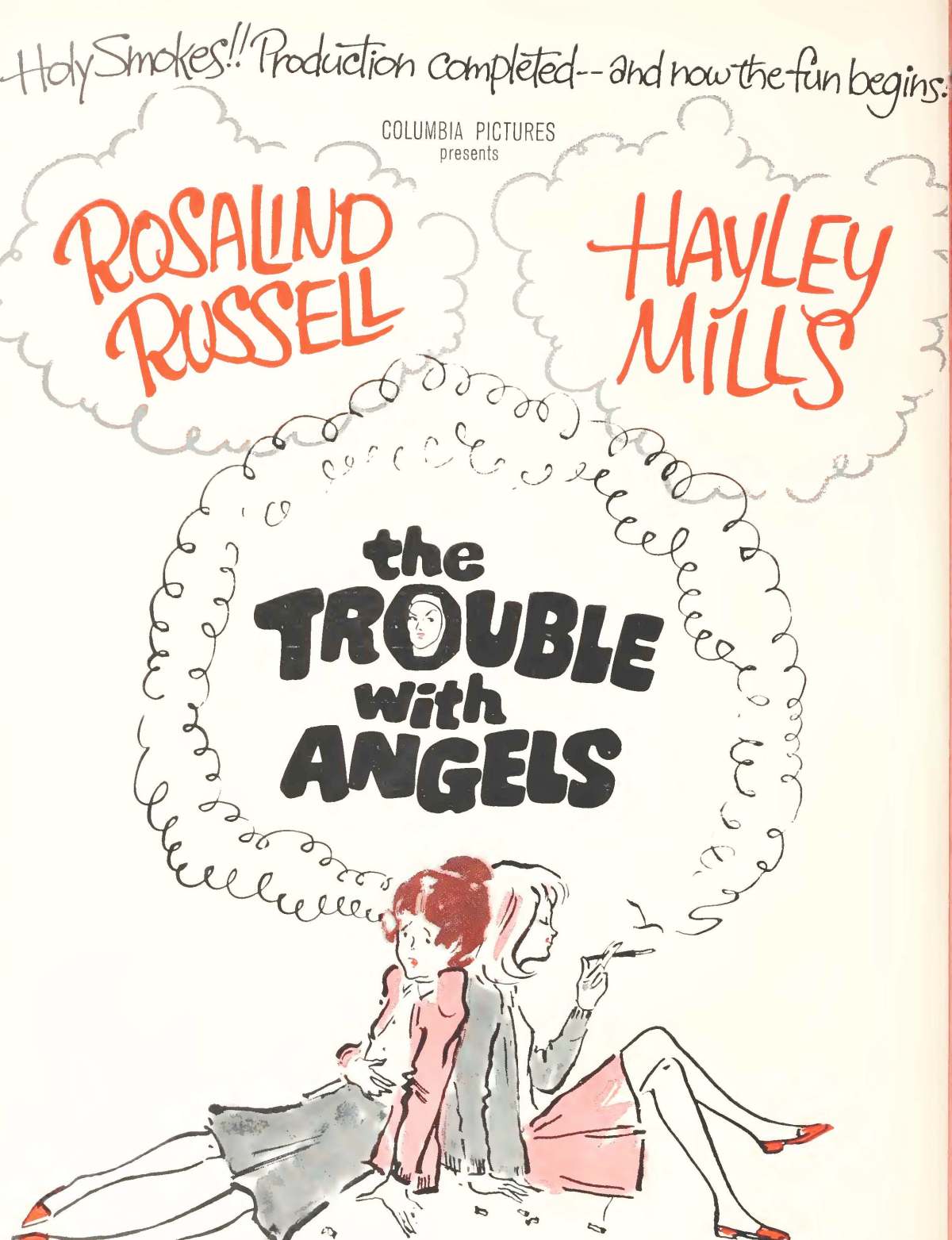 Setting aside its impact on popular culture and the Austrian tourist industry, The Sound of Music was also responsible for bringing nuns – an admittedly small sub-genre – back into fashion.

Of course, there had been some big hitters getting into the box office habit in the past, most notably The Bells of St Mary’s (1945) with Ingrid Bergman, Deborah Kerr in Black Narcissus (1947), Loretta Young in Come to the Stable (1949), Kerr again in a rather more resourceful mode opposite Robert Mitchum in war drama Heaven Knows, Mr Allison (1957) and Audrey Hepburn in The Nun’s Story (1958). All four actresses (Kerr in the second outing) were Oscar-nominated. But none of the films ushered in a rush of wannabes.

The Sound of Music was viewed as directly responsible for putting nine projects on the starting grid. Leading the charge was Debbie Reynolds as The Singing Nun (1966), MGM’s biopic of the Belgian sister Dominique whose records topped the charts. Columbia chipped in with The Trouble with Angels (1966), directed by Ida Lupino and headlining Rosalind Russell and Hayley Mills, which spawned a sequel also with Russell Where Angels Go, Trouble Follows (1968).

Both were neck-and-neck at the Easter 1966 box office, The Singing Nun having the edge in New York since it opened at the 6,200-seat Radio City Music Hall, where it set a new seasonal record, but the Russell-Mills vehicle more than matched it in other cities.

Also in the pipeline producer Ross Hunter was prepping The Heaven Train for Universal from a screenplay by James Lee Barrett (Shenandoah, 1965). Carlo Ponti had wife Sophia Loren in mind to star in Mother Cabrini, about the first American saint. Rhonda Fleming had been announced as the female lead for The Nuns in the Sports Car, an independent film to be made in Paris.

On the foreign horizon was French director Jacques Rivette’s La Religieuse (1966) – released in the United states as The Nun – starring Anna Karina. Luis Bunuel, who had already ventured into this territory with Viridiana (1961), was developing a Mexican picture also to be called The Nun. But La Religieuse hit censor trouble in France where it was initially banned but eventually set the box office wheels spinning at home and in the United States.

While Sally Fields in television’s The Flying Nun (1968) and the Russell Angels sequel kept the pot boiling, producers continued showing interest in films featuring nuns later in the decade. Two Mules for Sister Sara – written by Budd Boetticher and originally slated to be directed by him – was greenlit by Universal in 1967 although not hitting screen until three years later. Mary Tyler Moore played a nun opposite Elvis Presley in Change of Habit (1969) and Robert H. Solo signed a deal in 1969 to make The Devils for United Artists, although, that, too would take a couple of years to surface.

Note: not all these films finally saw the light of day – those with no year specified mentioned ended up shelved.