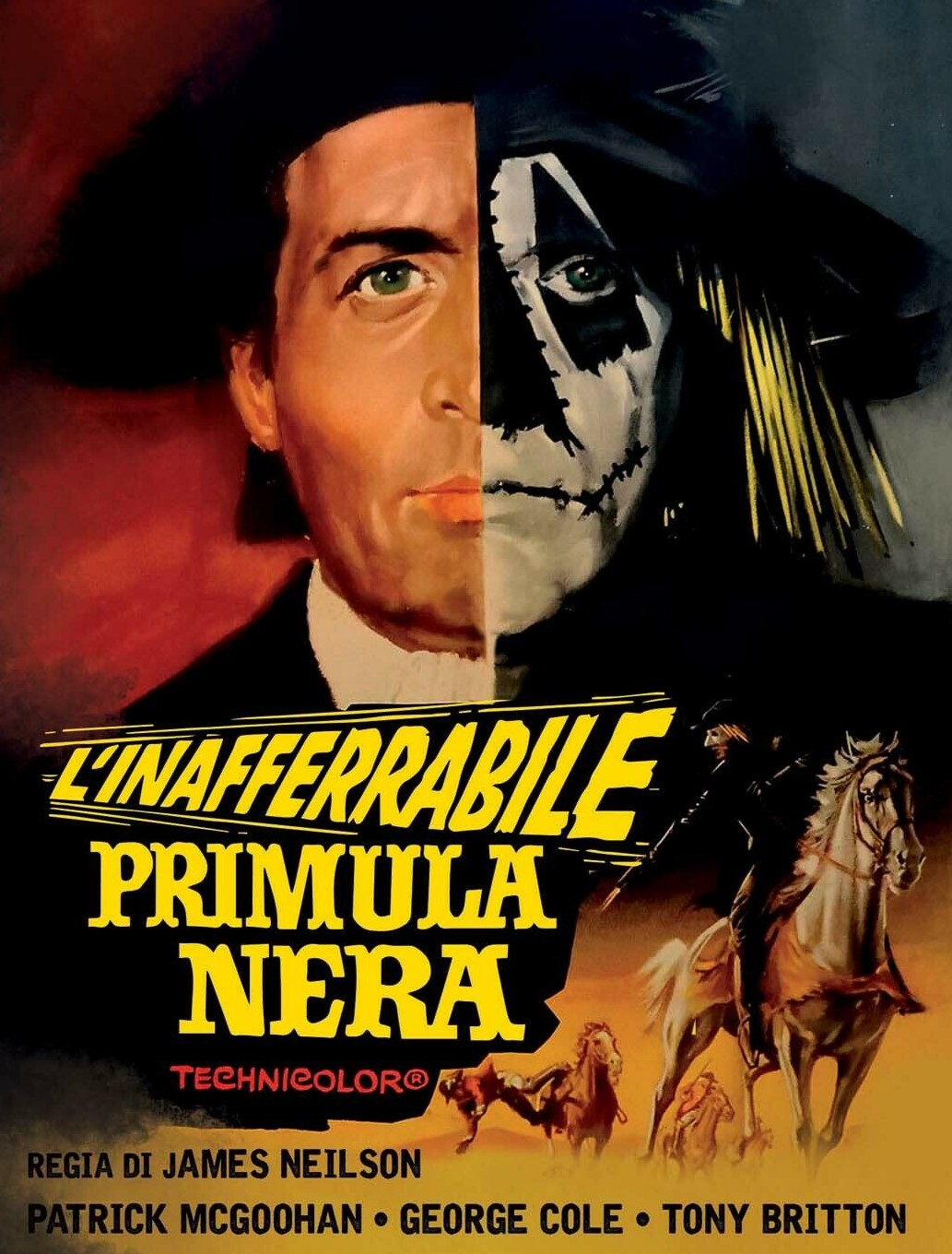 The mysterious masked Scarecrow was the creepiest character thus far put on celluloid by Disney. A lot of the action takes place at dusk so it is soaked in crepuscular atmosphere. Filmed against the sky, every horse seems to thunder past. Gallows swing ominously. Coupled with a strong storyline and clever ruses by alter ago the mild-mannered clergyman Dr Syn (Patrick McGoohan), this is one for the Under-Rated Hall of Fame.

While the character has antecedents in folk-hero Robin Hood, the Scarecrow is more rooted in the brutal reality of Britain in the mid-1700s when to fund a host of foreign wars King George taxed already-impoverished peasants to the hilt, making smuggling essential to survival. The Scarecrow is not just the underworld kingpin but has operational skills a spy would be proud of, coded messages, secret rendezvous et al.

Ruthless General Pugh (Geoffrey Keen), sent to rid the countryside of this menace, makes no bones about putting the squeeze on the wives of villagers to force them into providing the information he requires. Outwitted from the off by Dr Syn, the infuriated general begins torching houses. Helped unwittingly by local squire and judge Thomas Banks (Michael Hordern), the general acquires an informer Joseph Ransley (Patrick Wymark).

This is not the bucolic England of Robin Hood or other historical yarns of Hollywood invention featuring glorious scenery and ample female cleavage. Here, a barmaid is likely to use a meat cleaver to defend herself. This was also the era of press gangs, where government-appointed hoodlums would raid a village and carry off young men as unwilling recruits for the Royal Navy. It was a time of imminent insurrection, the King’s subjects in the North American colonies on the point of sedition. And when money – or its lack – infected every area of society.

Although like any super-hero the Scarecrow occasionally comes to the rescue, the movie is distinguished by the fact that is more often Dr Syn who subverts the General through cunning subterfuge. Victory through force of arms is impossible since violence visited on the king’s troops would result in a multiplication of their numbers. So it is more a battle of wits. In addition, the Scarecrow faces a dilemma – how to punish a traitor with such severity his authority is never questioned again while at the same time upholding the principles of Dr Syn. Just how these issues and others are resolved make for a very involving picture.

Minor subplots – a romance between the squire’s daughter and an officer, a deserter from the Navy and the presence of an American (Tony Britton) – serve the main story. So the narrative remains taut. And, interestingly, that hangs upon what characters have to lose rather than gain. It is not about greed but survival.

For a Disney picture there is considerable directorial vigor, not just the depiction of the smuggling and pounding hooves accompanying peril or escape, but two terrific trial scenes, a masterly escape conducted in the complete absence of on-screen music and, of course, the terrifying vision of the Scarecrow himself.

The acting has a sterling quality. While Michael Hordern was a stage star, the film primarily called upon actors who later achieved fame on British television programs. Patrick McGoohan headlined The Prisoner (1967-1968), George Cole was in Minder (1979-1994), Patrick Wymark and Alan Dobie in The Plane Makers (1963-1965) Geoffrey Keen in Mogul (1965-1972), and Tony Britton in Robin’s Nest (1977-1981). McGoohan had a previous television incarnation as Danger Man  (1960-1961) and Cole had been a con man in the St Trinian’s films. You can also spot in small roles Kay Walsh, a former British leading lady, and a young Richard O’Sullivan, later star of Man About the House (1973-1976).

Director James Neilson was a Disney favorite, having helmed Moon Pilot (1962), Bon Voyage! (1962) and Summer Magic (1963). But these were all lightweight features and it is to his credit he met the challenge of turning Dr Syn, Alias the Scarecrow into a dramatic actioner. British writer Robert Westerby (The Square Ring, 1953), who also created the source material for Kali-Yug, Goddess of Vengeance (1963),  fashioned the screenplay from the books of William Buchanan and Russell Thorndike

Although Disney had cannibalized the Davy Crockett television series in the 1950s, stitching together episodes for feature films, this was something of a reversal. As part of its The Magical Wonderful World of Disney U.S. television program the studio had shown The Scarecrow of Romney Marsh as a three-part mini-series while Dr Syn, Alias the Scarecrow was released as a movie in Britain.

You will need to go onto ebay or other secondhand sources to find the movie. The television mini-series can be found below.