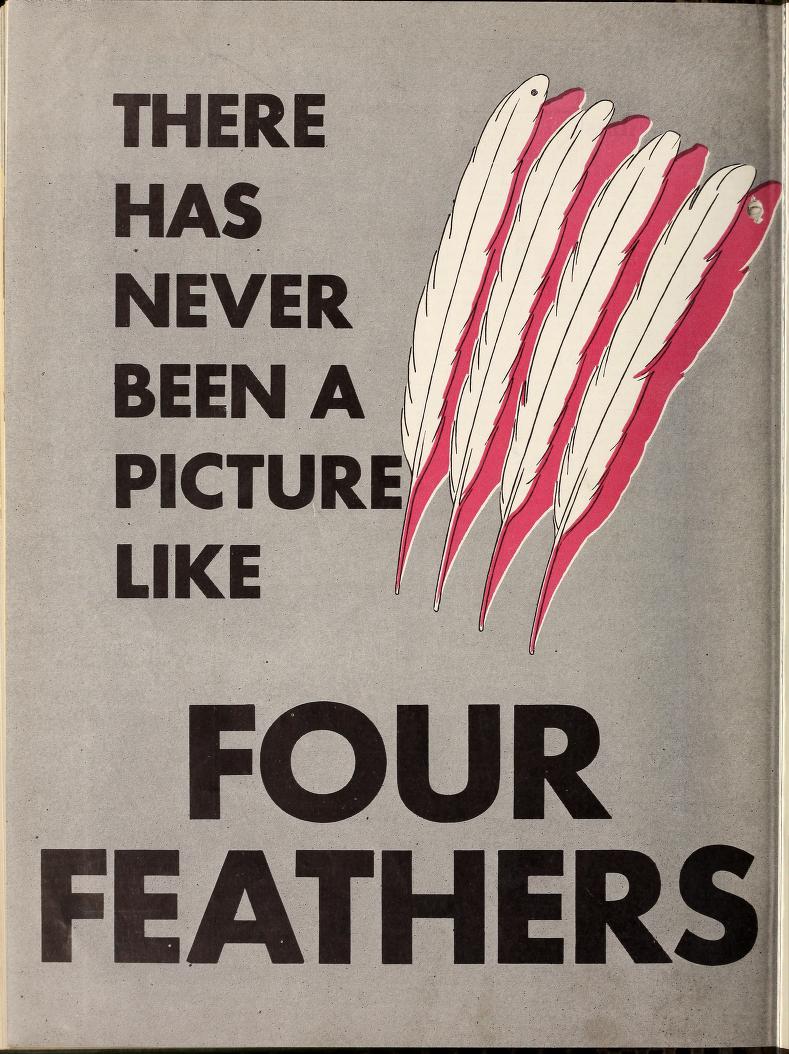 After I had written my review of East of Sudan, I discovered the action scenes that open the picture were filched from Zoltan Korda’s The Four Feathers (1939) so, out of curiosity rather than intent to stray from my designated decade, I took a look to see how much had been stolen and, to my surprise, kept on watching.

Setting aside the outdated attitudes, this is a pretty amazing picture to have come out of Britain at a time when color was in its infancy and when the Brits were not known for producing watchable historical epics with full-blown battles and thousands of extras on a desert location. Released on the eve of the Second World War, it also takes a remarkably sympathetic view of conscientious objectors. The story mostly concerns the fall of Khartoum (1885) and then a decade later events surrounding the Battle of Omdurman (1898).

Story concerns Harry Faversham (John Clements), pacifist scion of a military family who, having being called into war, tears up his commission and is branded a coward by three army friends and by implication his fiancée Ethne (June Duprez), daughter of a general (hence the four white feathers). Eventually, Faversham determines to make amends and, donning a disguise, spies on the enemy, enduring endless hardship and torture before finally rescuing his friends and contributing to the battle. While it all sounds too stiff-upper-lip for its own good, it’s still quite a feat of direction, tracking cameras measuring the battle charges, the enemy racing forward on thousands of camels, the traditional British square reminiscent of Waterloo  holding firm. While Korda lacks David Lean’s visual flair, and Miklos Rozsa’s score too often intrudes on intimate moments, there are still plenty of stunning sequences, boats being towed up the Nile by slaves on shore, the prison sequences, the destruction of the arsenal, the blaze of color on military parade and ballroom, and the sheer wonder at the desert and an innate cinematic understanding of its perils.

Ralph Richardson steals the show as an officer blinded by the sun in the desert and there are a couple of good twists at the end, the fiancée realizing that she, too, was guilty of immoral act in branding Faversham a coward because he objected to the senselessness of war, and a crusty old general of Crimean vintage getting his come-uppance.

It’s always difficult to come to a proper assessment of the 1930s British movie, since so many of the voices sound upper class and the directors lack the skills and understanding of pace of their American counterparts, while the actors too often fall short of Hollywood standards. This was the year of Stagecoach, Gone with the Wind, The Wizard of Oz and Wuthering Heights, for example, and no British picture came close to that quartet, but this is an exceptionally decent effort especially in terms of historical detail. It was a commercial and critical success at the time (nominated for the Palme d’Or at Cannes, Oscar nomination for cinematography) and more recently reappraised by Criterion.