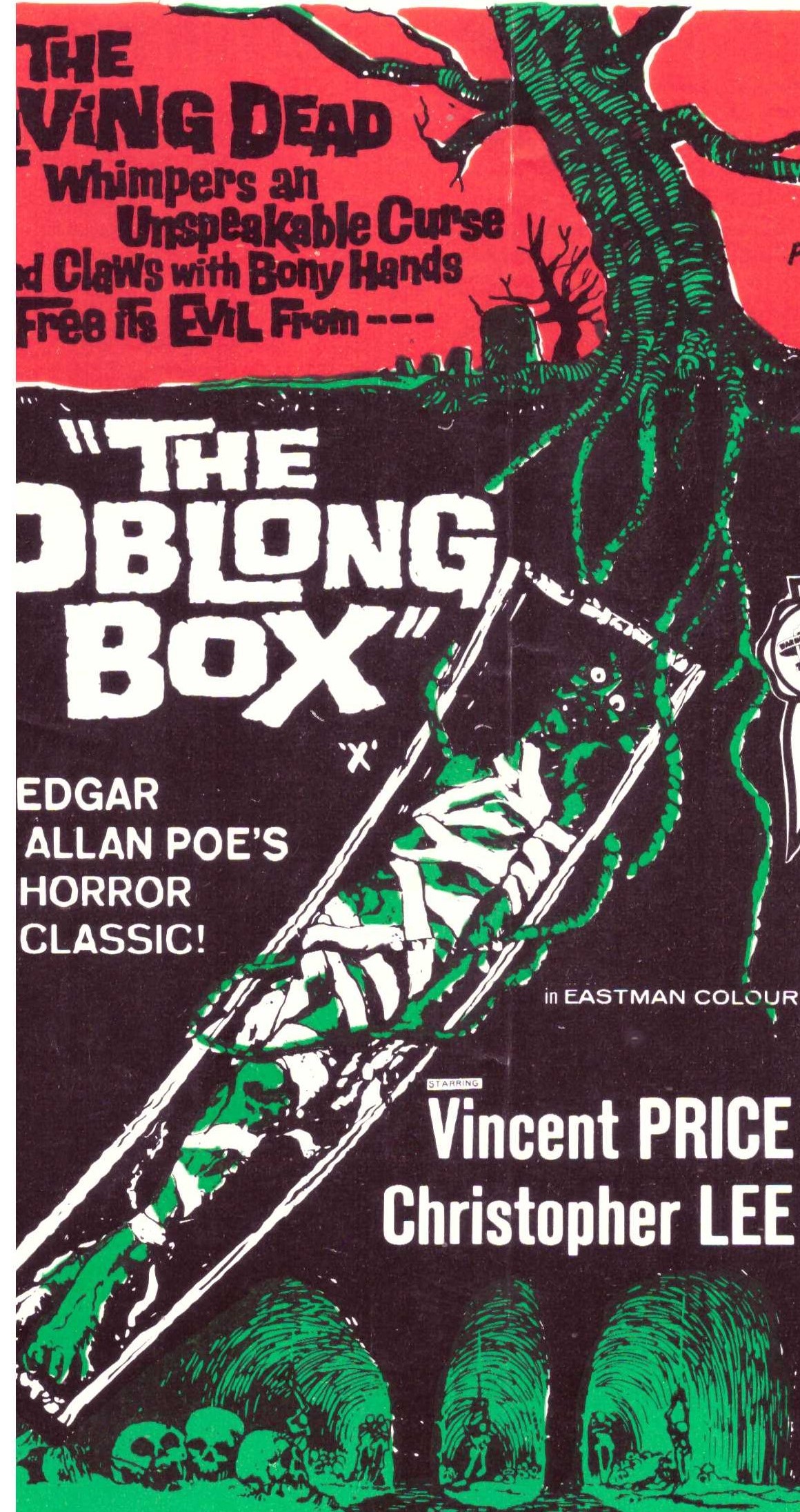 Vincent Price and Christopher Lee – two scions of 1960s horror – together! Yet anyone expecting a clash of the giants would be sorely disappointed as they only share one short scene. This is a typical American International Pictures venture, based even more typically on an Edgar Allan Poe story, with some stylistic direction – the extreme close-up never more effectively utilized – from Gordon Hessler in his third feature.

Given that German-born Hessler was a last-minute substitute for English director Michael Reeves (Witchfinder General, 1968), he made an exceptionally good job of a complicated plot. The production was even more complicated than that since it was originally intended as a Spanish co-production to be shot in Spain. And at one point writer Lawrence Huntingdon was reportedly also carrying out producer-director duties.

What seems like a mishmash of different stories – African sorcery, grave-robbing, disfigurement, forgery, blackmail, lifetime imprisonment, medical experiment, buried alive, a monster in a scarlet mask – soon comes together in a tense tale of retribution and revenge.

Vincent Price plays an English aristocrat in nineteenth century England who has withdrawn to his country manor, for unknown reasons distancing himself from his fiancée (Hilary Dwyer) , but in reality to conceal from the world the fact that he has locked up his own brother. When the brother, a disfigured monster, escapes he embarks on a murder spree.

The various storylines keep the narrative sufficiently entangled to sustain tension. Despite what may appear to a modern audience as primitive special effects, several scenes are bone-chilling largely through directorial manipulation. The Gothic look – graveyards, castles, the village – adds to the atmosphere. The violence was trimmed in America to avoid an “R” rating, but led to the film being banned in Australia.

There is more overt sexuality than normal, a scheming whore (Uta Levka – a sensation in Radley Metzger’s Carmen, Baby, 1967) tempting a man with her bare breasts, and Sally Geeson as a maid entranced by the monster.

The various plot strands appeared to confuse critics at the time and  even now the film receives comments that it is “vague” but at a time when Hammer’s output usually comprised a straightforward – and somewhat limited narrative – I found AIP’s approach to this picture a welcome development. The slowly emerging story set the film up as much as a thriller as a horror.

You might be able to catch it for free on Sony Movies Classic. Otherwise, check out the DVD.