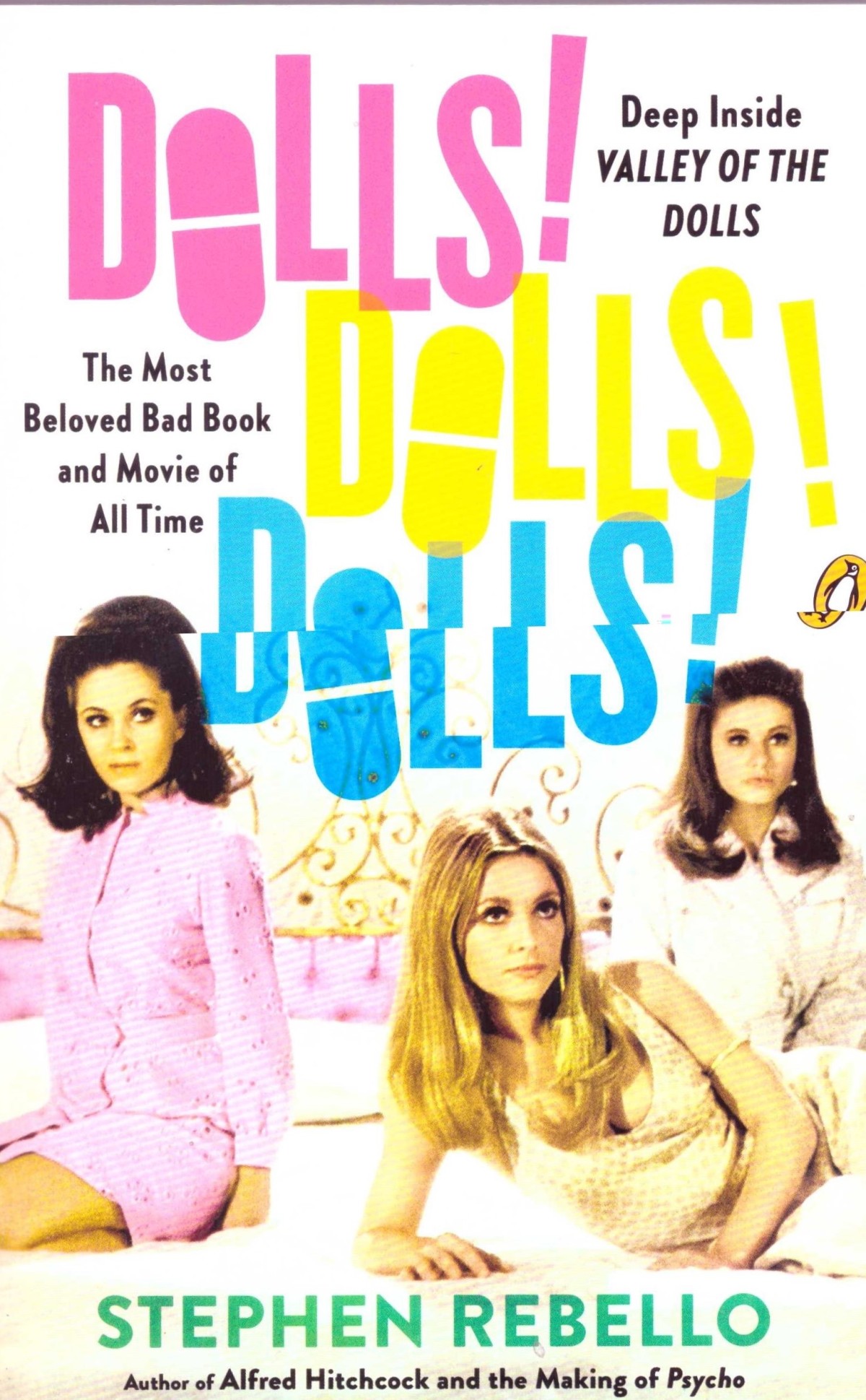 Behind-the-scenes books generally benefit from as much scandal as possible. Using that criteria, Dolls! Dolls! Dolls! by Stephen Rebello leaps to the top of the list. Rebello had been primarily responsible for turning Valley of the Dolls (1968) into a camp classic by hosting repeated showings of the picture from the 1990s onwards and making it number one in his book Bad Movies We Love.

The novel Valley of the Dolls by Jacqueline Susann was a record-breaking bestseller on the “sex/sin/salvation literary rodeo” but nothing that came out of the fevered imagination of Harold Robbins could match the Susann book, an insider’s look at the murky goings-on in Hollywood with drug abuse at the top of the heap. Unfortunately for Susann, Twentieth Century Fox struck a deal for the film rights pre-publication, long before it became a sensation, so she earned only $85,000 upfront, a quarter of what was paid for Peyton Place which sold far fewer copies. Mark Robson who had brought Peyton Place to the big screen was hired as director.

The screenwriters were as appalled at the material as the censor. But that was just the beginning of strife central. The personal enmity between Duke and Parkins rivalled that of Bette Davis and Joan Crawford. Screaming matches and hissy fits abounded. Duke suffered from drug and alcohol abuse, mood swings and nervous skin conditions and constantly clashed with the director. Plus, despite cutting some singles and albums, she had to mime.  Tate was forced into take after take for the normally economic director. The three young stars, believing this was a career-making picture, took no prisoners. Robson used a stopwatch when filming, as if he was already editing the film in his head, pushing the actresses to speak the lines faster, or undertake actions exactly on a time cue, a humiliating procedure in one scene for Tate. She refused to cry in case it messed up her make-up, which would cause further delay and further infuriate Robson. Tate was also embarrassed by publicity photos taken during her pornographic scene.

Garland was in no fit state to make a movie. She was drinking wine by the bucketload, dropping pills, slurring her lines, missing her cues and turning up late for work. Finally, it got too much and she was fired. Fans bombarded the studio with irate messages. Ginger Rogers rejected the role on account of the language.  Robson put in a personal phone call to Susan Hayward, who had quit Hollywood, and turned down several comeback roles including Mrs Robinson in The Graduate. When Hayward was finally persuaded for a hefty fee, the producers had to shred Garland’ s costumes. They were different sizes. Hayward’s wardrobe was redesigned from scratch. The last straw on the troubled production was producer David Wiesbart dropping dead. That wasn’t quite the last straw. Critics trashed the picture. Luckily, audiences didn’t and lined up in droves.