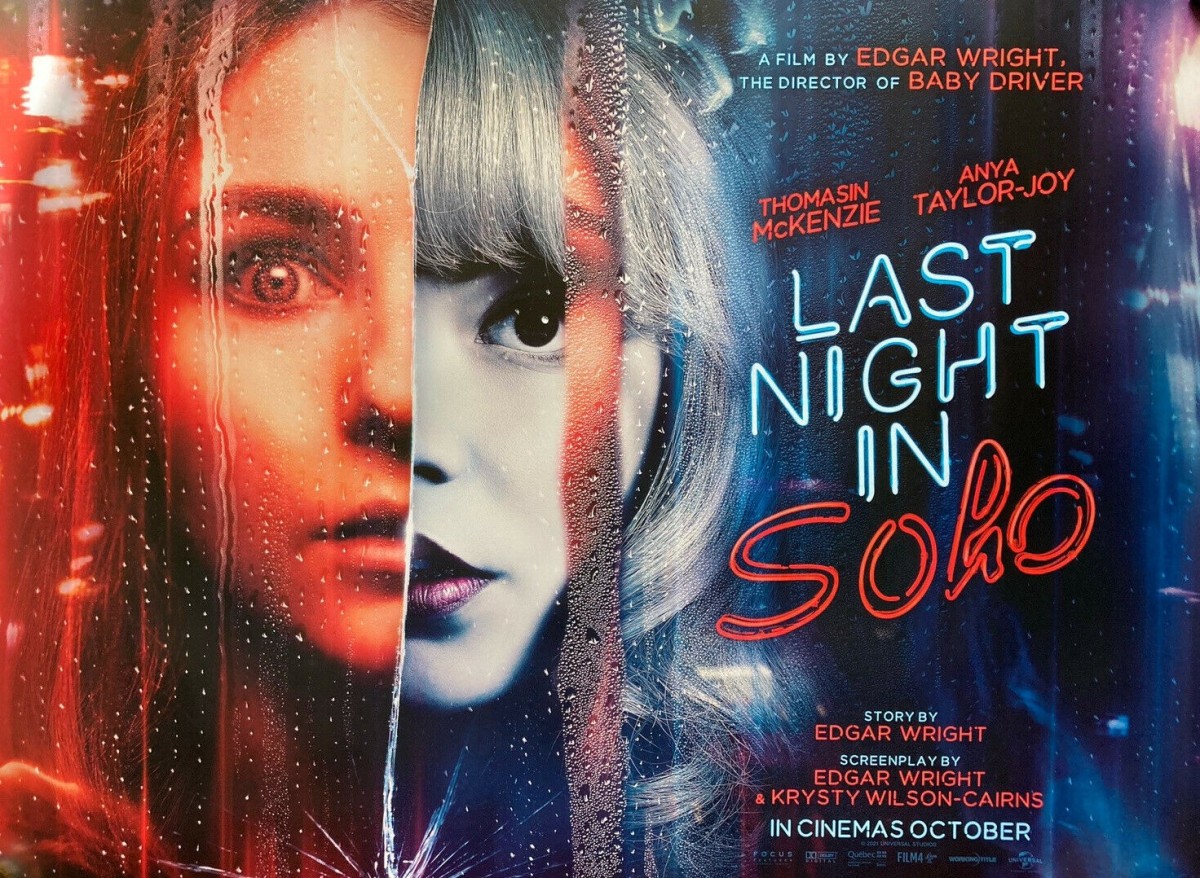 Genre mish-mash – sci-fi time travel time (sort of) and horror – just doesn’t come off and Anya Taylor-Joy blows the acting kudos she acquired for the Queen’s Gambit Netflix series. Honestly, we don’t care how people are transported to the past or the future but the journey has to be somehow worthwhile. If there is a such a thing for a fashion student, Eloise (Tomasin McKenzie) is somewhat on the nerdy side and when she ends up in an attic flat near London’s Soho she begins to inhabit the body of wannabe singer Sandie (Anya Taylor-Joy) whose ambitions over half a century previously took her no further than the seediest pockets of seedy crime. Eloise’s visions of recreating 1960s glamour disintegrate and she’s soon slap-bang in the middle of a horror story with leering men bursting out of the walls.

It’s always difficult to keep focus on two storylines, even when they appear to converge, but when they are over half a century apart the constant jumping back and forth is just irritating. The seediness is realistic enough, punter response to learning Sandie’s real or fake name is invariably “that’s a nice name.”  There’s a dodgy boyfriend (Matt Smith), mean girl (Synnove Karlsen) and an odd landlady (Diana Rigg) and that’s about as far as this stretches in terms of characterization. And if your bag is to spot the old-timer, then you will get glimpses of Terence Stamp (The Collector, 1963) and Rita Tushingham (The Knack, 1965) not to mention The Avengers (BBC, 1965-1968) television series reincarnation Rigg.

It’s not scary enough, fashionable enough, seedy enough, or 1960s enough – only a token nod to the period with a soundtrack from the decade and a few scenes with characters in the correct clobber or cars. It might just have worked if it had been the one actress playing both female parts because that at least might have been interesting to observe. Thomasin McKenzie (Old, 2021) is passable as the naïve young thing called upon to mostly look petrified. Anya Taylor-Joy (The New Mutants, 2020) brings nothing to a role that is just a cliché. Point the finger at Edgar Wright, whose Baby Driver (2017) I thought was a sign of him having turned a corner from previous misfires. 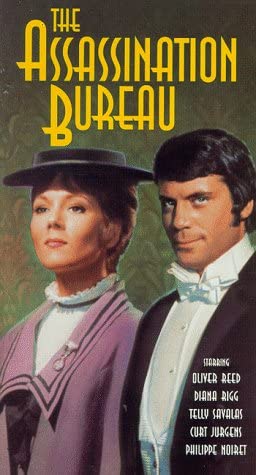 A couple of decades before the “high concept” was invented came this high concept picture – a killer is hired to kill himself. Oliver Reed is the assassin in question and Diana Rigg the journalist doing the hiring. So Reed challenges the other members of his murderous outfit to kill him before he despatches them. The odds are about ten to one. Initially involved in shadowing Reed, Rigg becomes drawn to his aid when it transpires there is a bigger conspiracy afoot.

Set just before World War One, the action cuts a swathe through Europe’s glamour cities – London, Paris, Vienna, Venice – while stopping off for a bit of slapstick, some decent sight gags and a nod now and then to James Bond (gadgets) and the Pink Panther (exploding sausages). Odd a mixture as it is, mostly it works, thanks to the intuitive partnership of director Basil Dearden and producer (and sometime writer and designer) Michael Relph, previously responsible this decade for League of Gentlemen (1960), Victim (1961), Masquerade (1965) and Khartoum (1966).

Moustached media magnate Telly Savalas has a decent chomp at an upper-class British accent. It’s easy to forget was one of the things that marked him out was his clear diction and he always had an air about him, so this was possibly less of a stretch. Ramping up the fun is a multi-cultural melange in supporting roles: Frenchman Phillipe Noiret (Night of the Generals, 1967), everyone’s favourite German Curt Jurgens (Psyche ’59, 1964) playing another general, Italian Annabella Contrera (The Ambushers, 1967) and Greek George Coulouris (Arabesque, 1966) plus British stalwarts Beryl Reid (The Killing of Sister George, 1969) as a brothel madam, television’s Warren Mitchell (Till Death Do Us Part), Kenneth Griffith and Clive Revill (Fathom, 1967).

The action flits between sudden danger and elaborate set pieces. When Reed announces his proposal to his board he promptly fells a colleague with a gavel just as that man throws a knife. Apart from folderols in a Parisian brothel, we are treated to a Viennese waltz and malarkey in Venice. There are disguises aplenty, donned by our hero and his enemies. Lighters are turned into flame throwers. And there is a lovely sly sense of humour, an Italian countess, wanting rid of her husband, does so under the pretext of Reed gone rogue. Reed and Rigg (in her best Julie Andrews impression) are in excellent form and strike sparks off each other. The second-last film from Dearden suggested he wanted to go out in style.

Many of the films made in the 1960s are now available free-to-view on a variety of television channels and on Youtube but if you’ve got no luck there, then here’s the DVD.