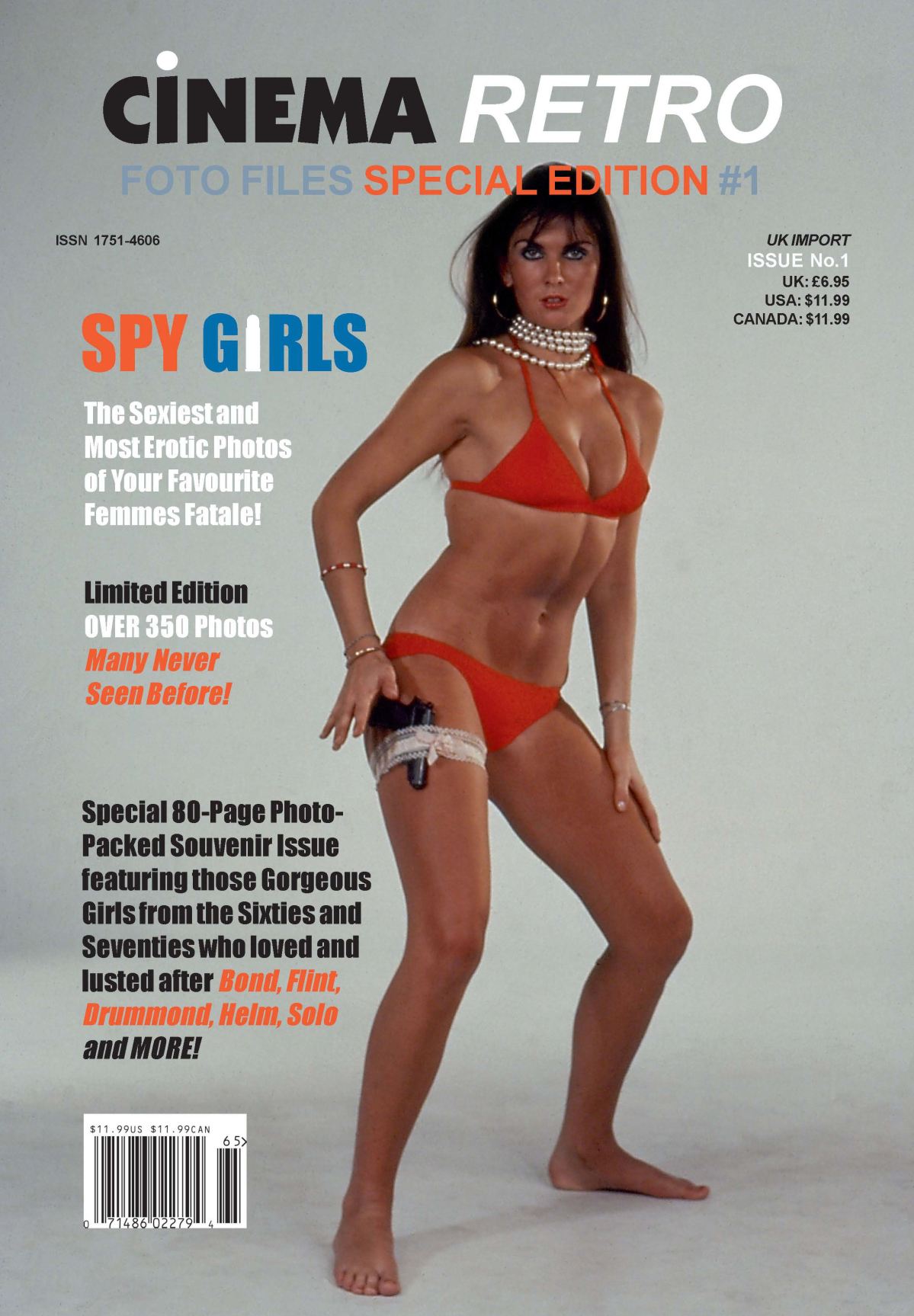 If you’ve not already come across Cinema Retro magazine – now celebrating 18 years of publication –  or its various Special Issues you are in for a treat. Spy Girls fell under its “Foto Files Special Edition” portfolio and includes over 200 illustrations of the actresses who dominated the wave of espionage pictures in the 1960s and to a lesser extent the 1970s.

As well as focusing on the leading female stars in every series film – James Bond, Derek Flint, Matt Helm, Bulldog Drummond, The Man from Uncle and Harry Palmer – the magazine also pay tribute to the wide variety of starlets who appeared in bit parts such as Zena Marshall (Dr No, 1962), Aliza Gur (From Russia with Love, 1963), Shirley Eaton and Margaret Nolan (Goldfinger, 1964) Molly Peters (Thunderball, 1965) and Gila Golan (Our Man Flint, 1966).

However, in the main the concentration is on the flood of European actresses who set Hollywood agog following multiple appearances in spy pictures. Beginning with original Swiss-born Bond girl Ursula Andress (Dr No and Casino Royale, 1967, the magazine features every actress who had a starring role in the mainstream spy films. Some, of course, seemed very comfortable in the genre with roles in several pictures.

No study on the girls involved in espionage over these two decades would be complete without mention of Raquel Welch for Fathom (1967), Monica Vitti in Modesty Blaise (1966), Honor Blackman in Goldfinger and Britt Ekland in The Man with the Golden Gun (1974). The occasional American leavened the pot – Jill St John appearing in The Liquidator (1966) and Diamonds Are Forever (1971) and Lana Wood also in the latter.

The extensive illustrations include stills, and photographs of the stars relaxing on set or setting up a shot, as well as a veritable archive of posters from virtually every country in the world, often with substantially different artwork to the originals. In addition, articles on the main actresses are included as well as snippets of information on the lesser stars.