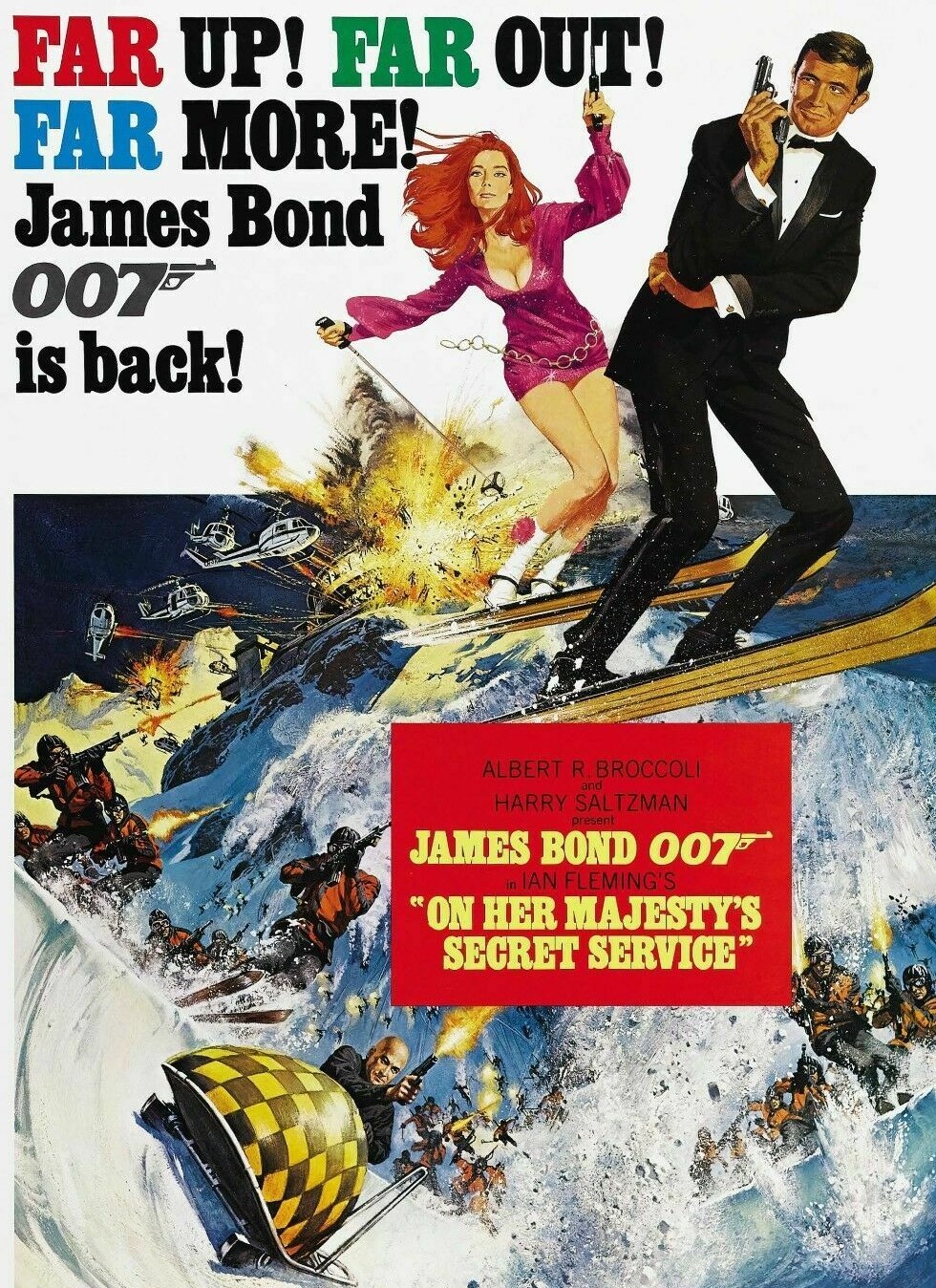 Trade magazine Variety’s innovative weekly Top 50 based on grosses that had begun in April 1969 changed the way exhibitors regarded box office. Instead of waiting till the appearance of the magazine’s year-end round-up which was limited to around the top 100 movies, cinema owners now got a week-by-week snapshot of how new movies were playing. All box office figures had previously concentrated on the big movies of the day – the roadshows and pictures with big stars – that opened at the first run city center houses that were easier for Variety to track. The switch to a computerized system made it more feasible to examine the takings from hundreds of cinemas not necessarily showing the big movies sucking up all the publicity oxygen.

An examination of the films hitting the coveted number one position in the weekly chart illuminated the changes in the business. For a start, to reach number one a movie had to be showing on over 30 cinemas, but this could rise to 100-plus, and began to show the benefits of the wider first run release. This was also really the beginning of the per-screen average.  High figures could be achieved by recruiting a large number of screens but exhibitors could easily disseminate the information and decide whether the number of screens massaged the figures or showed how successful a film really was. And this was the start of another promotional ploy, the business of a movie holding onto to the top spot for a second, third or even fourth week, proof a movie had “legs.”

From the exhibitor perspective there were two notable points. The first was the per-screen average. Secondly, cinema bookers could not fail to notice not only that two of the top ten in weekly gross and three of the top five films in terms of screen averages went to sexploitation pictures.

It was soon abundantly clear that producers could sell their pictures to sometimes doubting exhibitors by the simple process, not so much of bombarding them with adverts and Pressbooks extolling a film’s potential, but of getting a movie into sufficient theatres for the box office figures to tell their own story.

Although the other big films expected to top the weekly chart did achieve that aim – among them True Grit (twice), Butch Cassidy and the Sundance Kid (also twice), Ice Station Zebra, Easy Rider (three times), Midnight Cowboy, Oliver! and Paint Your Wagon – there were as many unfancied movies perching atop the weekly pile.

Distributors of low-budget pictures used to have to take ads out in the trades to prove to potential customers that their movies were pulling in decent business. Now they had better proof, from the most important source of all, Variety, whose box office figures were scanned by every cinema manager in the country. Once a week without a distributor putting a hand in their advertising pocket there was all the promotional evidence they needed.

This was the second sea change in the way cinema owners perceived the business, the first being the opening up of the collection of box office figures through Variety’s annual report on upwards of 1,000 titles. To have figures at your finger tips for the price of a subscription to a newspaper was a game changer.

But there was yet another game changer to come.

SOURCES: The Top 50 Grossers chart appearing weekly in Variety from April to December 1969. 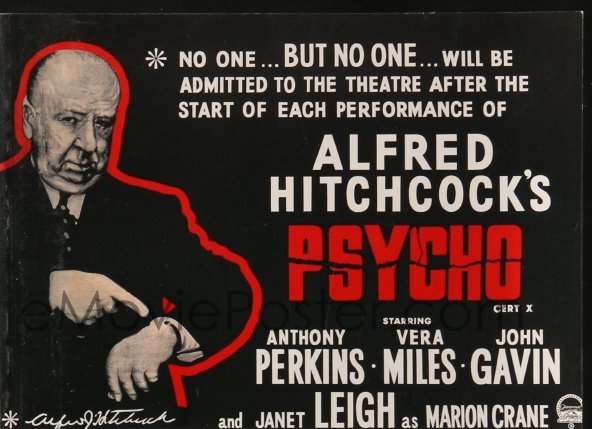 It wasn’t just that Alfred Hitchcock broke all the rules in Psycho, turning horror on its head with the shower scene, introducing themes like mother-fixation and cross-dressing and delivering the first bona fide serial killer to American audiences.

He also took on the exhibition business by insisting that nobody was allowed into theaters after the film had started.

This went completely against the way films were normally shown. Patrons were accustomed to entering a movie theater whenever they liked, be it beginning, middle or end and then staying on till they came to the section they had seen before. Hitchcock was effectively calling an end to this practice.

Exhibitors were so used to customers going to the movies as a matter of course, as a regular habit, that few cinemas outside of arthouses and those in city centers even bothered to list start times. Although tacitly endorsed by exhibitors, this system was a menace to business since there was no way of knowing how many people were likely to vacate their seats at any given time and the fact that they did so intermittently interrupted the viewing of those still watching the picture.

Exhibitors were already investigating new methods of keeping their customers, including setting up their own production companies and buying up old films to present as reissues to make up for the shortage of new movies.

The Psycho “see it from the beginning” gimmick was initially viewed as exactly that – a gimmick. But when customers obliged without any particular fuss, standing patiently in line in the lobby or outside while one show vacated, this seemed to many indicative of a change in audience perspective. Many exhibitors wanted to take advantage of the potential to change moviegoing habits.

“A new concept in motion picture promotion – building appreciation of the merchandise by customers – is being undertaken by segments of the industry,” said Hy Hollinger in Variety. “The idea involves a revolutionary change in the presentation of films in theaters with the industry engaging in a vast educational campaign to indoctrinate the public.”

“The public must be taught to accept starting times,” became a mantra. A more orderly approach would lead to greater appreciation of the films being screened. For once, America wanted to follow the Europe. A system of fixed schedules operated in Europe.

There were already “significant signs that the public prefer to see pictures from the beginning.” Exhibitors had registered more telephone calls asking about start times and more tickets were being sold just prior to the film beginning.

The Psycho sensation had kicked off another experiment. The film was being shown in New York nabes concurrent with its ninth week in first run at the DeMille and Baronet theaters in Manhattan. Usually, films were clear of first run commitments before launching on the circuits.

And there were yet other changes afoot. Two circuits in New York – Loews and Century – had shifted back the start time of the main feature from 10pm by an hour or more, in the case of Century to a fixed 8.40pm which allowed moviegoers to get home in time for the eleven o’clock news. New York also led the way in combining first run in big Broadway houses with a concurrent booking in an eastside arthouse – Sons and Lovers (the only genuine arthouse offering), Psycho and Portrait in Black among those benefitting from the practice.

In addition, Psycho was considered responsible for another psychological phenomenon. It was asserted by Paramount publicists that the long lines of people standing outside the theater waiting to see the film “plants in people who had no desire to see the picture the seeds of desire to do so.”

Eroding the double bill mentality was also seen as a way of setting a more rigid approach of start times. The double bill was already under pressure because the number of movies being made was much lower than a decade before. Some theaters had taken to augmenting a single bill with a 30-minute short rather than a full feature.

Arthouse audiences had already accepted that the price of their ticket entitled them to only one movie, not two. Single bills allowed a theater more showings during the day, thus increasing potential receipts. When Psycho went into the circuits it was as a single bill with five or six showings scheduled.

The roadshow was still in its infancy, Ben-Hur and a handful of other films leading the way, although spectacles like Spartacus, Exodus and The Alamo were on the horizon. Roadshows were presented as separate performances so no waste of seating capacity.

Roadshows and a film like Psycho had something else in common that augured well for a future where “grind” was eliminated. People accepted separate performances for roadshow or an uncommonly attractive feature like Psycho because they wanted specifically to see those particular pictures, not because they routinely went to the movies with little regard for what was actually being shown.

In just 38 weeks in a limited number of theaters presenting the picture in a limited number of showings at a set start time, Ben-Hur had already taking $7 million at the box office.  At Loew’s State in New York it had rolled up $1.2 million, in Los Angeles crossed the million-dollar mark and close to that figure in Boston, Chicago, Philadelphia and San Francisco. Psycho was on the way to being one of the biggest grossers of the year.

With Hollywood still battling the encroaching threat of television, and television beginning to snare the first tranche of 1950s movies, it appeared that exhibitors had found a way of guaranteeing survival. But whether these new ideas would be sustained was another story.