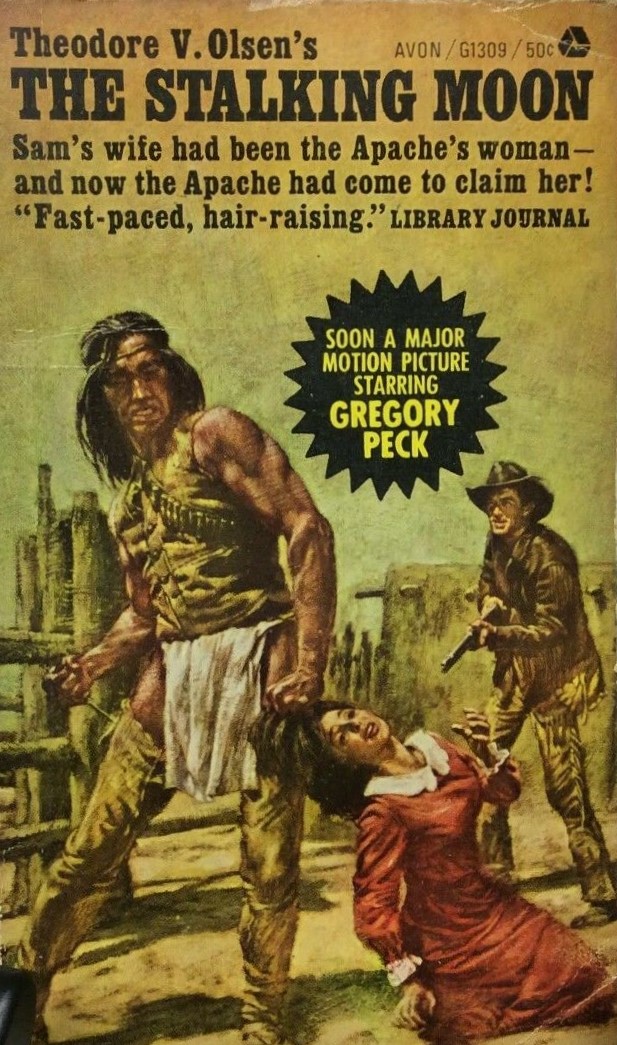 A 1960s novelist lucky enough to hit the bestselling jackpot could generally count upon another financial bounty when Hollywood came calling. Bestsellers came with the double bonus of a ready-made story and a ready-made audience. From the outset the industry had recognised the benefit of making pictures out of properties that had already gained a wide readership, hence the continual adaptation of Shakespeare and Dickens from the silent era onwards.

The combined hardback and paperback sales in the U.S. could amount to a couple of million copies, with double that number or more overseas, and of course some books hit the stratosphere – Gone with the Wind, The Grapes of Wrath, Peyton Place and Valley of the Dolls, for example. Publishers had learned to slap one of two taglines – either “Now a major motion picture” or “Soon to be a major motion picture” – on new paperbacks which appeared to give a book greater status among the reading public while at the same time acting as advance buzz for a movie, paving the way for an onslaught of movie tie-ins.

In the 1960s, there were not only many more bookstores than there are now, but paperbacks were also widely available in department stores, newsagents, corner shops and kiosks. In fact, it was estimated there were as many as 125,000 outlets for books. Much as they had done with fan magazines Hollywood latched on to anything that would act as free marketing, book covers in shop windows provided a free promotional boost, in effect the publishers doing the studios’ job for them. As the cost of marketing continued to rise, movies made from bestsellers, with their significant public awareness, were seen as a very effective investment.

For a studio, books were often a cheaper investment than an original screenplays. Although some books were sold for substantial sums a good number were purchased for relatively small fees prior to publication with the author receiving further sums dependent on book sales and/or audience figures – Valley of the Dolls was sold in this fashion much to author Jacqueline Susann’s later chagrin.

From the Annual Top Ten Bestsellers, every year except 1965 the number one bestseller was turned into a movie. About four books a year on average from the top ten were made into pictures. The best year for books into films was 1962 when nearly three-quarters of the books achieving an annual top ten ranking ended up on the big screen. These were Ship of Fools (film released in 1965), Youngblood Hawke (1964), Fail Safe (1964), Seven Days in May (1964), The Prize (1963), The Agony and the Ecstasy (1965) and The Reivers (1969).

Bestsellers clearly created their own momentum and studios snatching up the movie rights tended to strike while the iron was hot, all except one of these 1962 bestsellers being filmed within three years of publication.

Six films were adapted in 1965 and five in 1963. Most went into speedy production. Of the 1963 contingent – The Shoes of the Fisherman (released in 1968), The Group (1966), Caravans (1978), The Sand Pebbles (1966) and The Battle of the Villa Florita (1965) – three fell into the three-year bracket while one took five years to hit the screen and Caravans, although taking more than a decade to reach the screen, was actually on MGM’s production list for most of the 1960s.

Of course, there was no guarantee that moviegoers would respond to a film of a bestselling book or in the quantities required to turn a profit. Even being the year’s number one bestseller could not shield a property from the vagaries of the movie business. Advise and Consent (filmed in 1962), The Agony and the Ecstasy and The Shoes of the Fisherman – all the top-selling books of their particular year – failed to make much of an impact at the box office. On the other hand, Valley of the Dolls (1968) and Airport (1970) most certainly did.

It is also worth noting that with the sole exception of Cleopatra (1963), none of the number one films at the box during the 1960s was an original screenplay. They all originated in another medium, either publishing or Broadway.

The movie tie-in was a different aspect of the publishing business and will be covered in a future Blog. And so might be novelizations.