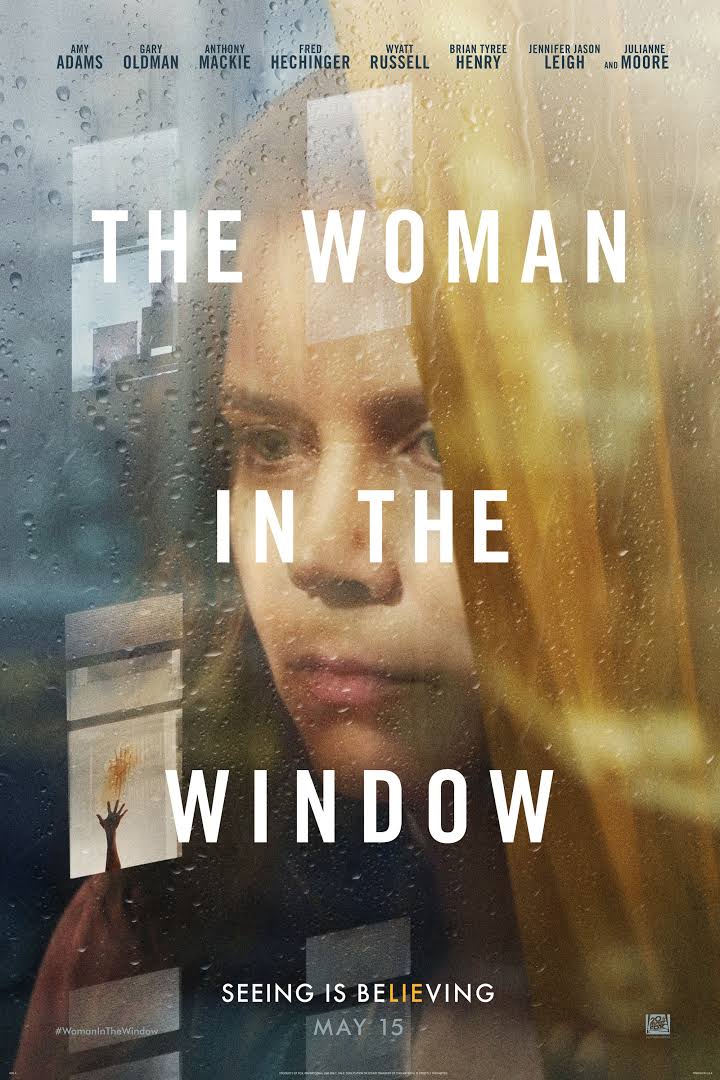 I stopped watching this mid-drivel so don’t count on me for a balanced assessment. But it does point up the dangers of the current Netflix obsession. In the cinema, no matter how bad a picture, I would always stay to the end.  Particularly with Netflix’s movie joblot I found myself switching off in frustration that it was ever given the green light. I bet, though, Twentieth Century Fox were delighted to have been able to offload it onto Netflix, which provides no acceptable measure of audience response, rather than watching it sink like a stone at the movie box office.

It’s also a cautionary tale about the problems of snapping up a bestseller supposedly in the Gone Girl (2014) and The Girl on a Train (2016) vein, both featuring as here an unreliable narrator, without working out how such fiction might translate to the screen. Buying bestsellers is usually an astute piece of business from the Hollywood perspective. Both the novels mentioned sold in excess of 20 million copies. Even if only 10 per cent of the book buyers went to see the movie, you are talking about $20 million already at the box office. If it’s 20 per cent, then that’s a flat $40 million, and so on.

Bestsellers tended to get snapped up quickly, often in pre-publication, and although they might come with riders attached relating to copy sales, generally you are looking at a movie sales tag of around $1 million. That’s a tiny fraction of the cost of any movie budget with the double bonus that readers will more than offset the purchase price and that the bestseller angle provides an easy marketing hook.

I go to the movies once a week and watch at least two films and sometimes as many as four. And I pay to go. I buy my ticket rather than, as a movie critic, gaining free access. So I’m a sucker for almost anything and if you’ve been reading my Blog you’ll see that I have a pretty high tolerance level and enjoy a wide variety of pictures. So it takes a lot for me to get a downer on a particular movie.

So what’s gone wrong here? The book pivoted on the notion that the protagonist Anne Fox (Amy Adams), imprisoned by agoraphobia in her apartment, views the world through the prism of old Hollywood movies. So old pictures inform much of the writing, they are referenced all the time, almost in the sense of “what would Humphrey Bogart do.” That’s just not an option for a movie, so we are only given a few glimpses of films like Spellbound and they do not play any part in explaining her mental state.

So then it’s basically a re-run of Rear Window (1954) with instead of voyeuristic proclivities being deemed acceptable because it’s James Stewart doing the peeking we have what is effectively a creepy “cat lady” (minus the cats of course) who moons around her apartment drinking. She employs a psychiatrist but he’s redundant in movie terms because we already know she’s loopy and we don’t need to be told that, and that no matter what she did it’s not going to make us look upon her with any more kindness. Why? Because she has a singularly unattractive personality.

Amy Adams (Arrival, 2016) can normally be relied upon to deliver a good performance, but she is hopeless, generating not an ounce of sympathy for her predicament, not helped by going spare at kids doing nothing more dangerous than enjoying Halloween. But she’s not alone in producing audience antipathy. Of the couple across the street whom she spies upon, Jane Russell (Julianne Moore) has obnoxiousness down to a tee while husband Alistair (Gary Oldman) is over-the-top. And if an audience can’t find anyone to like it’s not going to like the film.

For a film boasting two Oscar-winners – Gary Oldman for Darkest Hour (2017) and Julianne Moore (Still Alice, 2014) – plus six nominations for Adams and one for Jennifer Jason Leigh and stars Anthony Mackie and Wyatt Russell from current television mini-series The Falcon and the Winter Soldier (2021), this is a hatful of talent waiting for a rabbit to jump out and perform a miracle cure on a thriller with no thrills. A packet of exposition gets in the way of audience involvement and director Joe Wright (Pride and Prejudice, 2005) fails to make any headway in the Hitchockian department.

Perhaps the most bizarre aspect of his movie car crash is that its timing could not be more apposite. A film about not being able to go out during a pandemic that confined global populations to their homes should have struck some kind of chord. Of course, it’s been sitting on the Twentieth Century Fox (now rebranded as “20th Century Movies”) shelf since 2019 and it might have been better for all concerned had it stayed there.

Catch this on Netflix.