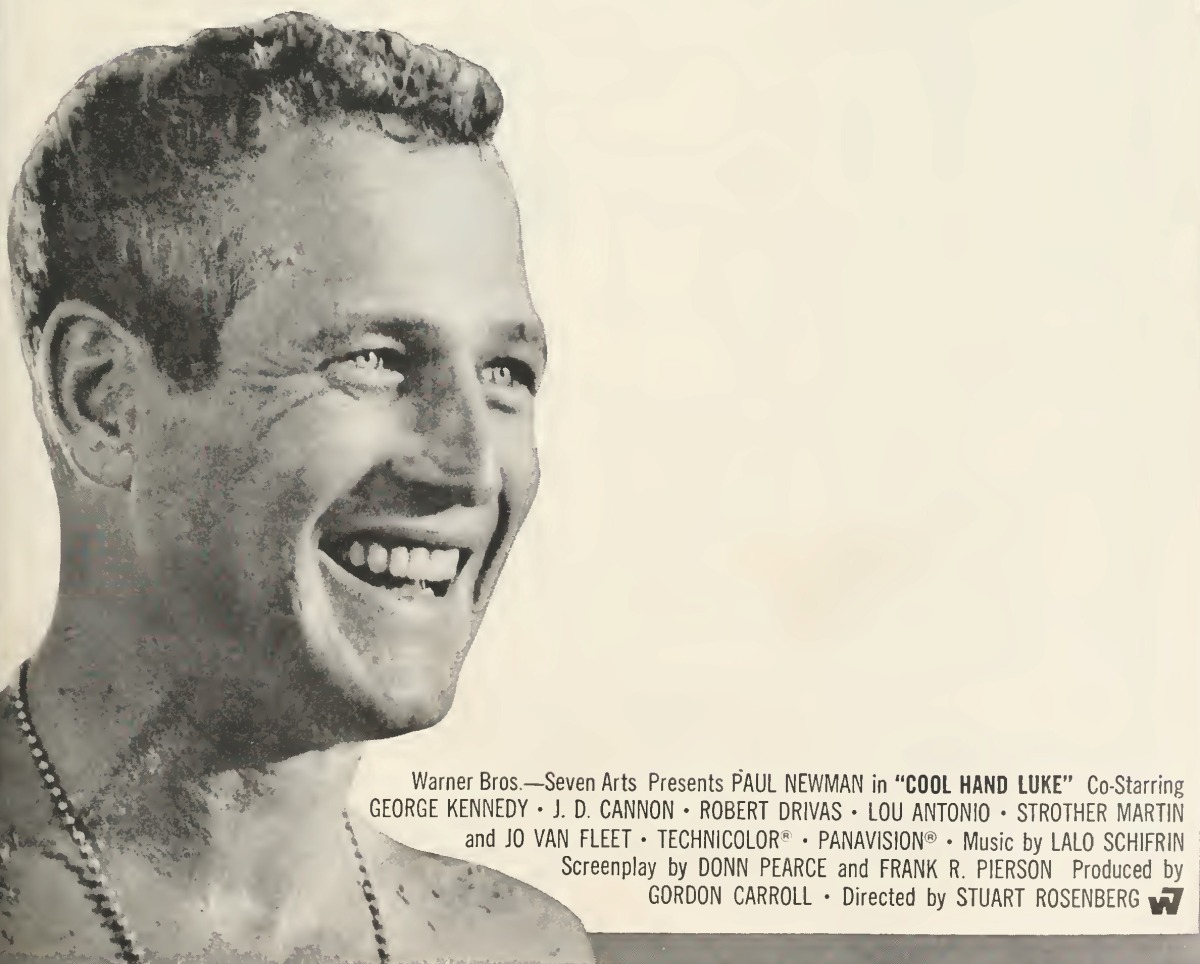 Lucas Jackson (Paul Newman) has none of the truculence of the ordinary rebel, consequence not part of his vocabulary, “it seemed a good idea at the time” his unfailing mantra.

Outside of Butch Cassidy, a more amiable criminal you would struggle to find. He defies authority with a smirk, indiscriminate in opposing the system, whether devised by guards or prisoners and they are indiscriminate in return, swiftly punishing anyone who steps out of line.

First-time director Stuart Rosenberg’s meditation on martyrdom remains an iconic curiosity and one of a handful of great performances that showcase Paul Newman’s immense acting skills. It is about ten minutes too long, unremitting sequences of lorries travelling to and from work detail, in the morning or at night, and the work itself, way too repetitive, suggests a director who did not quite trust his audience to get it.

In a prison movie, the main narrative is always escape, but Luke is as much trying to escape from himself as his circumstances. There is a self-pitying aspect in him blaming God for making him the way he is. But beyond these gripes it remains an astonishing and involving work.

This is a world reduced to a single common denominator – brutality. For a man who loathes rules, this is hell.

While no other character apart from Dragline (George Kennedy in an Oscar-winning role) and the Warden (Strother Martin in one of his best mean roles) is given much to do, nonetheless the rest of the cast do not merge into the background, facial expressions and tiny actions revealing character.

There are a number of terrific scenes – Newman refusing to give in when beaten to a pulp in a boxing match, the egg-eating contest, the digging-the-hole method of destroying a man’s spirit, the guard bewailing the death of his dog. But the movie also examines the universal need for hero worship, Dragline’s bewilderment when Luke eventually fails to live up to expectation is affecting.

Two other aspects stand out. With every prisoner in the same uniform and the countryside bleak and undistinguished, Conrad Hall’s cinematography is miraculous while Lalo Schifrin’s score, with the wonderfully evocative simple theme, is continuously inventive. As definitive an examination of the outsider as the later Easy Rider.