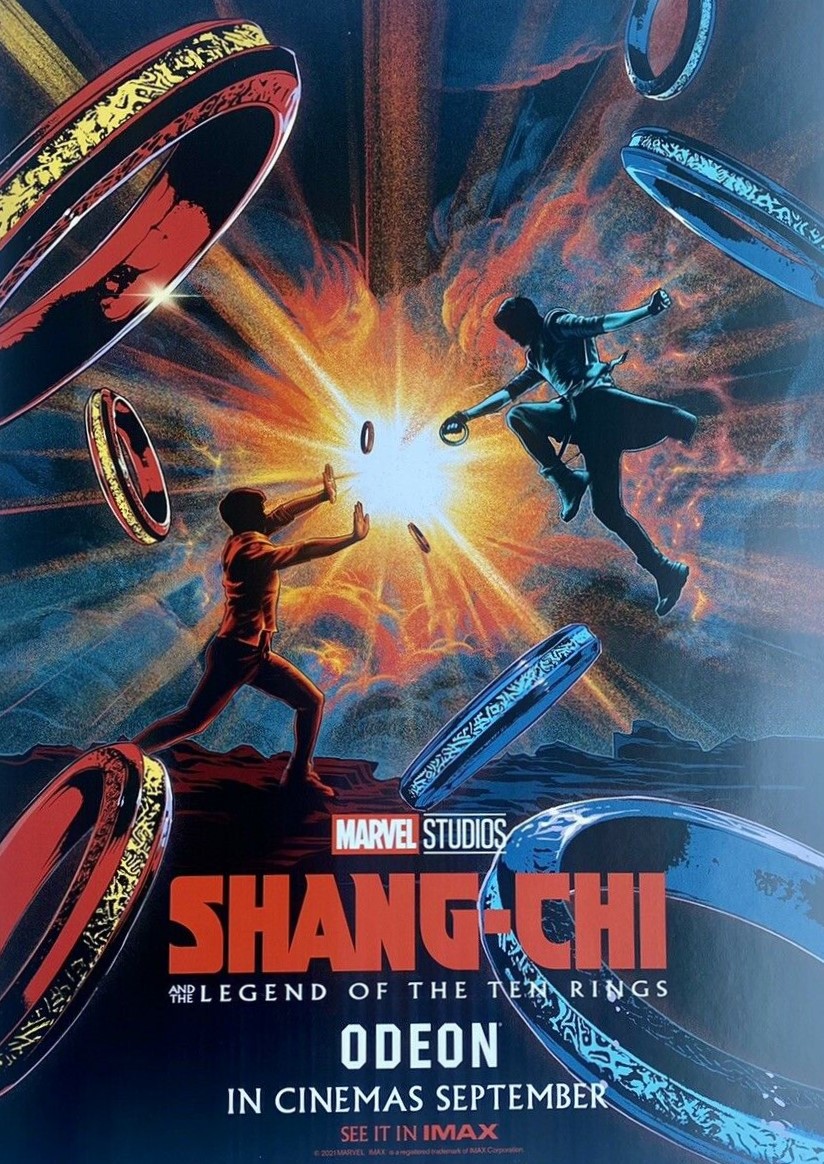 While sharing similarities to Black Widow with family to the fore, warring siblings,  understated love interest and greater emphasis on character than action, this is a bolder origin story.  Shang-Chi (Simu Liu), living as a car valet driver in America under the pseudonym Shaun, is drawn home by his father Xu Wenwu (Tony Leung), who gave up global domination for love. Shang-Chi is somewhat surprised to discover that the mother he believed dead is instead being held prisoner.

Family reunion is complicated by the fact that Shang-Chi shamed his father and abandoned his sister Xialing (Meng’er Zhang). Shang-Chi’s not-quite-girlfriend Katy (Awkwafina), when not aiding exposition, mostly provides comic relief until superceded in that department by  wacky thespian Trevor (Ben Kingsley). As the story picks up it also drops back to explain the family dynamics but without losing any tension. On paper the tale sounds a tad overcomplicated but it works like a dream on screen and we only really enter Marvel territory filled with mythical Chinese creatures in the last reel. So on the one hand it works as an interesting drama while on the other delivers innovative bang for your buck.

There’s a brilliant sequence on a runaway bus in San Francisco, Shang-Chi battling a group of thugs led by the appropriately-named Razor Fist (Florian Munteanu) while Katy tries to control the vehicle. Then there’s a terrific battle on skyscraper scaffolding. Throw into the mix a drive through a terrifying forest and a return to their mother’s village to confront the evil that threatens the world. And in keeping with Marvel dynamics pendants that hold the secret of finding the hidden village.

The set-up is particularly well-done with clever twists to audience expectations, what appear at first to be expository voice-overs turning into conversations, the undefined Shang-Chi/Katy relationship causing grief among parents and friends, their driving skills put to superb use in the plot, while the father’s backstory, lust for power being assuaged by love, is not given short shrift. The story more than toys with the audience in other ways, setting up different expectations which prove unfounded.

All the main characters have great story arcs –  Xu Wenwu from ruthless villain to romantic softy and back to ruthless when training his son, Shang-Chi from apparent waster to unwillingly accepting a different path, Xialing the girl who had to learn skills her father refused to teach her, and, her driving apart, Katy from mere observer in action scenes to participant.

Destin Daniel Cretton (Just Mercy, 2019) does a brilliant job of marshalling not just the visuals but the drama and brings clarity to the storyline. Special mention to an unusual score by Joel P. West.