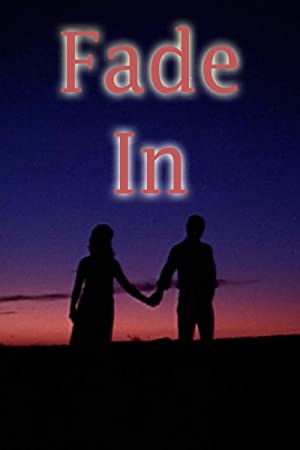 A genuine curiosity, disowned by all concerned, removed from star Burt Reynolds’ Wikipedia page, the first picture to be directed by nobody, tarred with the infamous Alan Smithee director credit. Equally infamous as one of those “we can make two films at the same time” numbers.

Hard to see what got everyone so angry since, though on the lightweight side, and with an over-fondness for montage, it is a small town romance played out on a very mundane, not glossy, Hollywood location shoot, and of immense interest for demonstrating what Burt Reynolds could do before he fell down the “good ol’ boy” rabbit hole.

Story is simple enough and, of course, from the romantic perspective, age-old. Boy meets girl, then what? Rob (Burt Reynolds) is an unglamorous sheep rancher in a little place called Moab who takes a temporary job as a driver when the producers of a real-life Hollywood picture called Blue (1968) – itself an infamous western starring Brit Terence Stamp and Joanna Pettet – descend on the area for a location shoot. Jean (Barbara Loden) is pretty, but equally unglamorous, with a behind-the-scenes role in the picture as an editor. Rob is a notorious local womanizer so initially Jean is seen as just another notch on his belt. But then things get serious  and in a surprise twist it becomes clear that it is he who is the notch on the belt, a casual pick-up for an out-of-town girl.

There’s a lot of interesting stuff here for the movie buff. The boring reality of how films get made, for a start, all shown in passing, fake horses, guys knee deep in a river pushing the mounted camera along, set decoration, the ever-present megaphone, watching the dailies. And there’s a few nuggets, a couple of quick lessons in the art of editing.

As if auditioning for a beefcake picture, Reynolds takes every opportunity to reveal his muscular torso, naked in a river (twice), out in the fields, but in reality showing quite a different side to the later tough guy persona, quite sweet, really, in many ways, with moments where the actor summons up deep feelings. He’s charismatic but in a gentle fashion. In the way of small towns, the romance is played out over coffee cups, pinball machines, ten-pin bowling alleys and rodeo with little in the way of sparkling dialog although hardly a sunset goes by without being pointedly utilized.

There’s a wonderful romantic score by Ken Lauber (Heart of the West, 1975) which I must mention because there’s hardly a foot of film without any music. But that’s not to this film’s detriment. It’s unashamedly an old-fashioned love story (not the one where someone dies, though). There’s some lush cinematography from Willam A. Fraker (The Fox, 1967)  Some directorial technical aspects are worth mentioning, too, a credit sequence that cleverly uses a rearview mirror, a five-minute montage central to the romance and a one-minute montage composed of still shots a full year before George Roy Hill adopted the same idea for Butch Cassidy and the Sundance Kid, and in a nod to John Ford the final shot echoes the opening.

Director Jud Taylor worked his entire career in television (episodes of Dr Kildare and the original Star Trek among his 68 credits) and no doubt saw this as his bid for the big-time. But studio Paramount didn’t like his original version of the movie and he didn’t like what happened when it was re-edited, so he took his name off it. The rules of the Directors Guild of America prevented a movie being released minus a directorial credit so a compromise was reached whereby the name of “Alan Smithee” was employed.

The movie was stuck in the vault and shown on television in 1973 – in the wake of Deliverance (1972) – which accounts for that being taken as the official release date by imdb. (It’s also down as a western by imdb so you can discount that as well, unless Reynolds watching irrigation counts.)

Burt Reynolds had mixed feelings about the movie. At the time he was a potential rising star and not much more with only the little-seen Operation C.I.A. (1965) and Navajo Joe (1966) in the locker but 100 Rifles (1969) on the horizon. At various times he was reported as wanting to buy it to prevent it being shown and other times clearly regarding it as a little gem. Perhaps it was experience of a film going off the rails that inspired Barbara Loden to make sure she had complete control over her next picture – she was writer-producer-director of Wanda (1970).

In retrospect, it’s hard to see what the furore was about. It’s hardly god-awful. This is a nice wee film with interesting performances by both Reynolds and Loden and of course the opportunity to see Reynolds in a chrysalis, the macho man held at bay, allowing the sensitive performer to emerge.

Hard to find as you can see from the attempt at a link way below but it does crop up on ebay and here and there on television – in Britain you might be able to catch it on the Talking Pictures channel – and here’s an 80-second snippet from it.