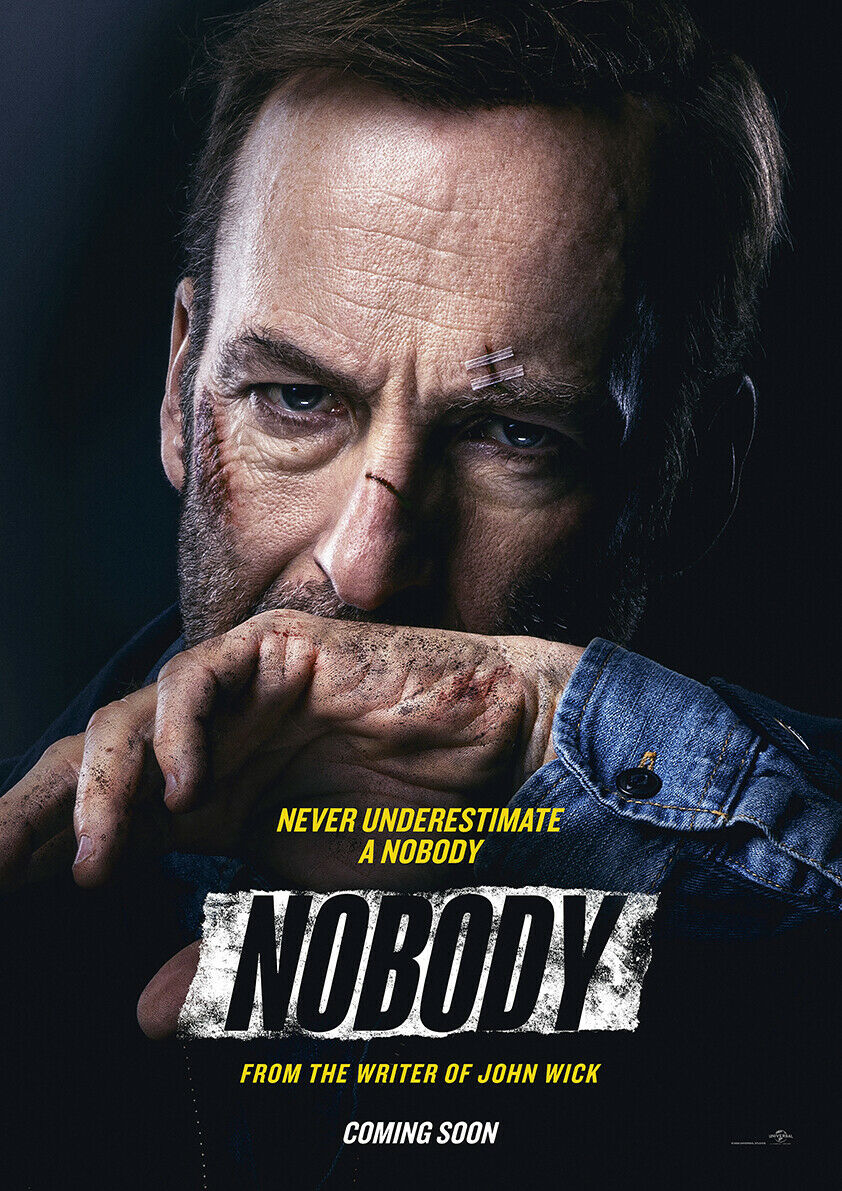 Blistering stylish thriller in the Taken (2008) / John Wick (2014) tradition sees former secret service badass Hutch Mansell (Bob Odenkirk) trying to live a normal suburban life with wife Becca (Connie Nielsen) and two kids while working as a nerdy book-keeper in a small factory, the kind, should the need arise and with the right skill set, that can be turned into a fortress.

Devised by John Wick writer Derek Kolstad, this is a more realistic twist on the sub-genre he helped create. Where John Wick and indeed Bryan Mills (Taken) tend to often escape pretty unscathed from violent episodes, Hutch is beaten black and blue. But like John Wick he wants to keep the past buried. And he would do except he gets mixed up with two inept burglars and from that encounter segues into a confrontation with the Russian mob, the head of which Yulian (Aleksey Serebryakov) is a candidate for the all-time gangster hall of fame as well as the oddball hall of fame since he fancies himself as a nightclub singer.

Interestingly, it’s clear that living the boring life is guaranteed to turn your marriage stale and that relationship only recovers when Hutch gets his mojo back. Unusually, too, Hutch spends a good deal of his time trying to make or keep the peace, preferring compromise to a bullet tsunami. But you know what these Russians are like!

Like John Wick, we enter a completely new world of assassins and their codes and the way they operate – attacking a man in his own home a mortal sin – and Hutch can call on a bundle of characters who know their way around, including his father David (Christopher Lloyd) and unspecified relative Harry (RZA) not to mention a mixture of hard-asses like Eddie (Michael Ironside) and upper-class Brit with the usual unusual moniker in this case The Barber (Colin Salmon).

In his sophomore outing Russian director Ilya Naishuller (Hardcore Henry, 2015), while delivering a sufficient quota of fisticuffs and shootouts, brings a certain flair to the proceedings, Hutch as reliant on whatever pieces of metal prove handy as well as the normal selection of firearms and a more extensive supply of weaponry, committing violence to the unlikely accompaniment of classics from the American musicals songbook like “The Impossible Dream” and “You’ll Never Walk Alone.”

Naishuller has gathered a wonderfully eclectic cast with Connie Nielsen sprung back to leading lady status after bit parts in Wonder Woman (2017) and Justice League (2017). As if to remind myself of the emotional quality she brings to the movies, I happened to see her on the same day in a big-screen revival of Gladiator (2000) – part of my weekly cinematic triple bill. And you’re gonna love the reincarnation of Christopher Lloyd (Back to the Future, 1985), probably the only shotgun-toting inhabitant of an old folks home, off the big screen since 2018 and really without a decent movie role in nearly a decade.

If you only know Bob Odenkirk from playing sleazeball lawyer Jimmy McGill in the television series Breaking Bad (2009-2013) and its offshoot Better Call Saul (2015-2021) and you wondered how he was ever going to break away from that typecasting, here’s the answer in spades. This is such a transformation you would forget he was ever McGill.

Nobody didn’t exactly hit the ground running when it was released in the U.S. in March during the pandemic but it will gradually build up a following on streaming and DVD and it’s almost certainly going to turn into a series. Remember, the first John Wick didn’t pack the commercial punch of the sequel. But once the word gets round, Nobody will attract a healthy fanbase.

Not sure when the DVD is out but if you miss it in the cinema, you can get your order in now.