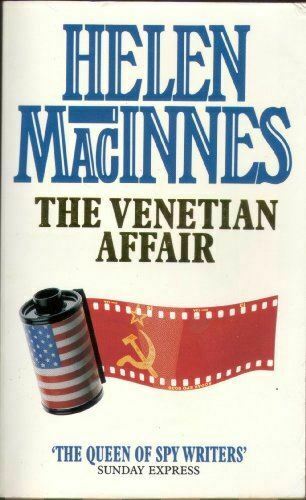 Sometimes I wonder if studio executives ever read a book before they purchase the rights or whether they just rely on the assumption that a bestseller must have a storyline worth adapting for the movies. I always had the impression that in many instances producers were simply buying up what they saw as a ready-made audience, that if a novel sold a few million copies enough of those satisfied readers would turn up to see the adaptation which would more than pay for what the book cost to buy (not counting the automatic marketing bounty that came from bookstore displays). These days we are used to films rigidly following the storylines of bestselling novels, even expanding the movie version into two parts to accommodate it.

But that was far from the case in the 1960s. As shown previously in this Blog, some films – Fathom (1967) a classic example – bore little resemblance to the source material while others such as The Flight of the Phoenix (1965) were more faithful renderings and others (example: The Quiller Memorandum, 1966) built on what the author had originally created. I often wondered at the reaction of a screenwriter handed an adaptation of a bestseller. Is he/she instructed to junk the whole thing and start again, retaining only the title, or asked to see what they can make of it, making other stuff up as they go along?

In this case, producer E. Jack Neuman hired himself as the writer so I’m guessing he already knew that, beyond a simplified version of the storyline and some of the characters, he was going to dump virtually every aspect of the Helen MacInnes novel.

There were two explanations for this. The first was Neuman’s record as a creative force and it occurred to me he saw his version of the MacInnes leading man as a potential movie series character. This was his movie screenwriting debut but he had been churning out episodes of television series – including Wagon Train, The Untouchables and The Twilight Zone – for over a decade. More importantly, he was showrunner of three series – two dramas Sam Benedict (1962-1963) and Mr Novak (1963-1965) and a western A Man Called Shenandoah (1965-1966) which between them clocked up over 100 episodes – so he knew how to keep a good character going.

The second issue was the difficulty in adapting the work of MacInnes. The Scottish writer had been turning out bestselling espionage novels long before Ian Fleming, Alistair MacLean and John le Carre picked up a pen, but only two had ever been turned into pictures. And the reason was simple. The plots were anything but simple. Not so much twist after twist but complication after complication. The Venetian Affair is dense and in particular, consists, in many scenes, of exposition with characters explaining to other characters what the hell is going on.

In fact, the plot for The Venetian Affair is so obtuse – although strangely enough, quite contemporary – that it would never have worked on film. The C.I.A. are trying to get hold of a fake letter that will implicate the U.S. and Britain in a plot to assassinate French President Charles de Gaulle (fake news in today’s parlance). So that was never going to work in a movie. Preventing an assassination, yes, but, of course, what a preposterous idea to think anyone could kill de Gaulle without having a time machine that could flash forward to Day of the Jackal. In any case, the C.I.A. only find out about the letter’s existence because someone picks up the wrong overcoat – so that’s not going to play either.

However, what the book does have is a good title. Venice is an excellent locale for a spy movie. The only problem is only half the novel is set there. The first half takes place in Paris. What else the book has from a screenwriter’s perspective is that the ex-wife, Sandra Fane (Elke Sommer), of the central character Bill Fenner (Robert Vaughn) is a Communist defector who is considering defecting back and to achieve that requires the presence of her former husband.

So that formed the emotional heart of the film, potential reunion or further betrayal, that Fane is just going to dupe him a second time. And that’s about as much as Neuman takes from the book. The rest of the plot – the bombing, Fane disguised as a nun, virtually all the action, the bad guy, the brainwashing, the mouse sequence – is the invention of Neuman.

In the book Fenner is not an alcoholic but it’s more dramatic in the film if he is. Some of the characters from the book such as hard ass CIA boss Rosenfeld (Edward Asner) appear on screen much as described. Others have characters enhanced – Vaugiround (Boris Karloff) here a global kingpin is a mere moral philosopher in the book. The character of Claire Connor (Felicia Farr) is hardest done by. In the book, she is a central figure, the widow of an agent, teamed up with Fenner in a pretend romance that turns real. But in the film, she has become the mistress of a diplomat.

I had already enjoyed the movie but my appreciation of the creative endeavor that went into its making increased by reading the original material screenwriter Neuman had to work with.

4 thoughts on “Book Into Film – The Venetian Affair”