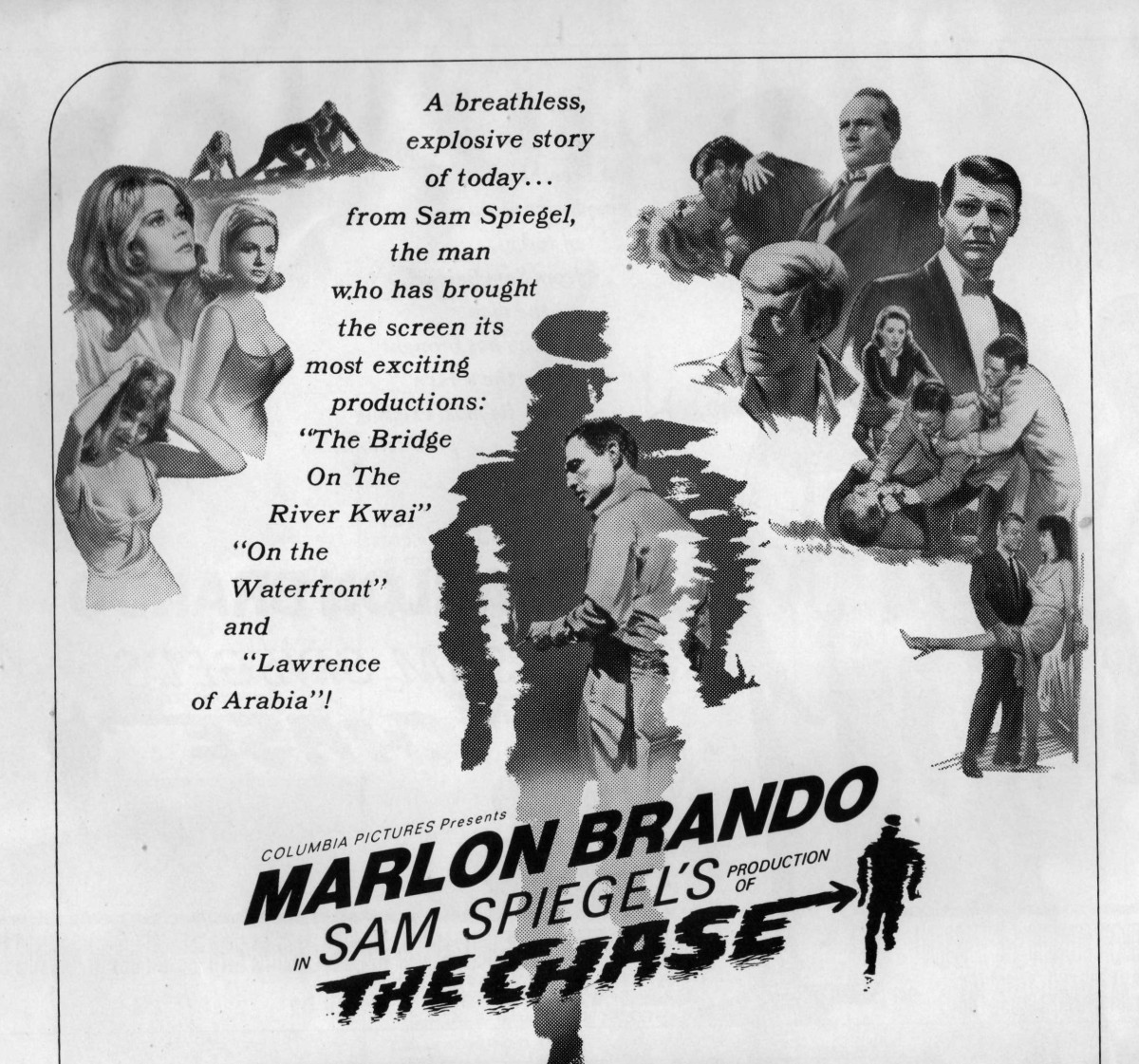 Arthur Penn’s movie came with a lot of baggage. Notwithstanding that he was in need of redemption – he was fired from The Train (1964) and Mickey One (1965) had flopped – he virtually disowned The Chase a week before it opened, denouncing Hollywood in the media, complaining that films were being made by committee. Producer Sam Spiegel was desperate to prove he could make big pictures without David Lean, who had decamped to Carlo Ponti and MGM for Doctor Zhivago (1965) and the knives were out, as always by this point, for Marlon Brando.

So it’s quite astonishing that the finished picture carries such visceral power. It’s a rich, meaty movie, part drama, part thriller, part social comment. Thematically it covers racism, power, adultery, civic apathy, injustice and integrity. At the same time it’s action-driven and the acting from a stunning cast is uniformly excellent. Theoretically, covering so much ground, it should be all over the place.

But three elements keep it grounded. The first is Lillian Hellman’s screenplay. Only using the bare bones of the source material (Horton Foote’s novel and play), she creates a fabulous intermeshed canvas wherein every character no matter how small has an integral part to play. As Coppola would do later with The Godfather she employs the device of large gatherings (two parties, in fact, one for the rich and one for the lower classes) to expose frailties. The second is Brando, in a thoughtful performance, as an ex-farmer who despises the people he represents and battles to maintain bis integrity. And third is Penn’s classical direction. Regardless of the interference he detected, nobody told him where to point the camera. It is noticeable that characters are often centered on the screen, rather than the more arty off-center compositions gaining in popularity. This creates an onscreen equality.

Basically, the narrative revolves around a small Texan town’s reaction to the return of escaped prisoner Robert Redford, now wanted for a murder he did not commit, which both brings the past to light and exposes existing tensions within the community. That Redford takes a good while to return allows those tensions to gently simmer. By the time he does the town is at fever pitch.

The incorruptible Brando is faced with keeping the lid on a number of potential explosions.

Hellman’s script and Penn’s empathetic direction prevent it from falling to a swamp of melodrama. All of Miriam Hopkins’ maternal despair is captured in one shot of her sitting on a stool. Millionaire E.G. Marshall is building a local college so “young men do not have to leave here like my son.” The poor Fonda and rich Fox are genuinely in love but she holds it against him that he married someone else (of his own class) first while she waited “all those bad years.” When Brando imprisons Flueller for his own protection, he lets him find his own way to the cell and trusts him to lock himself up.

And there is an ample wit. A drunk confronts Brando with “the taxpayers of this town pay your salary to protect this place.” Brando’s response: “If anything happens to you, we’ll give you a refund.”

And I’ve not even mentioned Redford. While relegated to dipping in and out of the story to keep tension high, this is a memorable turn. Martha Hyer is estimable an alcoholic wife while Angie Dickinson extends her acting credentials with an untypical role as a domesticated wife.

John Barry’s score, dismissed by the Variety critic as having “no particular theme that lingers in the ear,” is in fact it is a triumphant piece of work, with a central melody that is in turn jarring and romantic.

But it is Penn who brings home the bacon, bringing together a disparate tale in fine style, drawn tight to a stunning conclusion, and proving he had a mastery of both style and material that would stand him in good stead for his next picture Bonnie and Clyde.

I was lucky enough to catch this for free on Talking Pictures. It might come round again on this free channel. If not, or if you can’t wait, it’s well worth investing in a DVD.