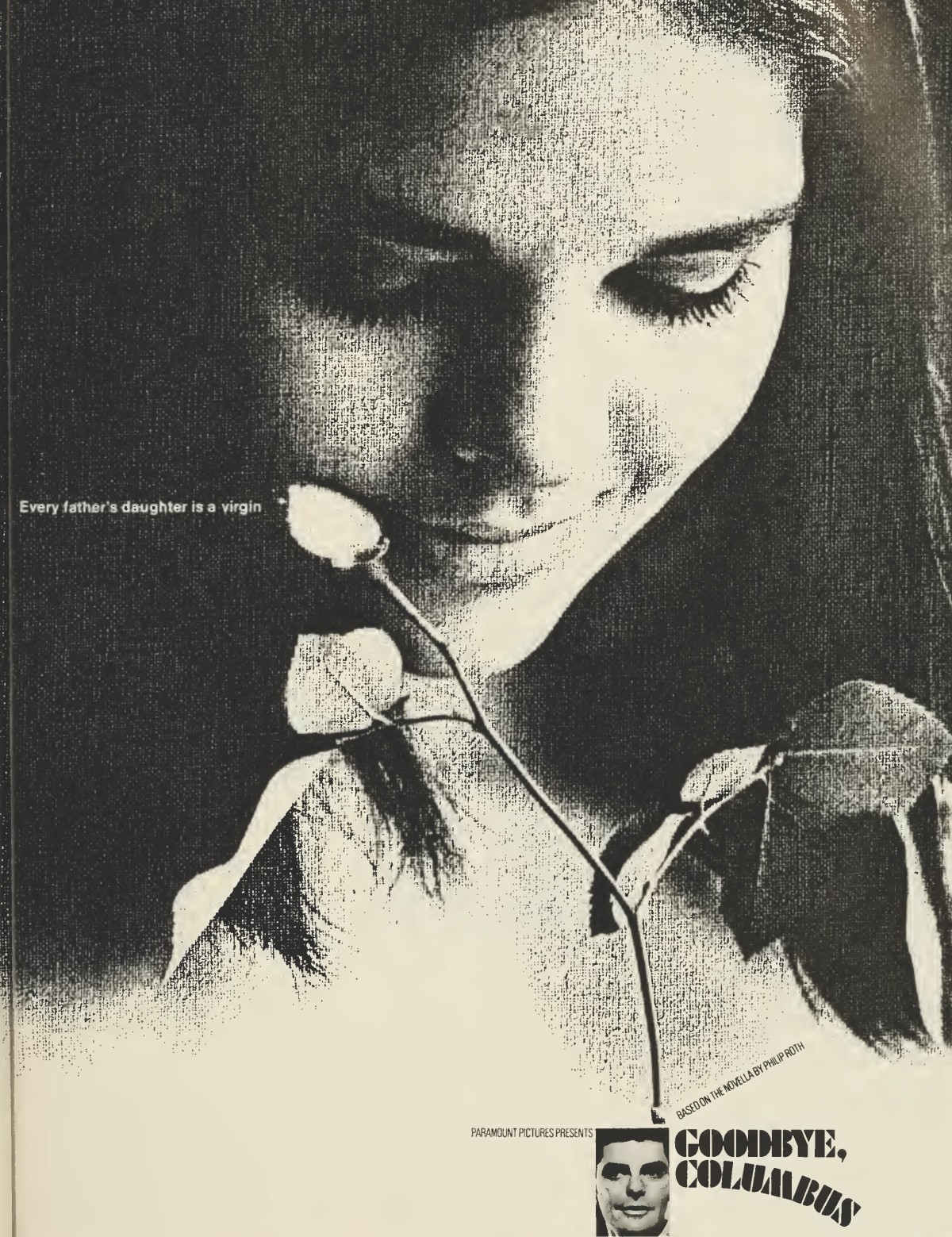 Despite being made at the opposite end of the decade to Loss of Innocence – for no deliberate  reason I watched these two films back-to-back –  this has a number of similarities to the earlier picture.

In the main there is a star-making turn, this time from Ali McGraw in her debut. Though playing a slightly older and much wealthier character, she is also a woman in transition, from puppy love to true love, not entirely in control of her emotions and not willing either to accept responsibility for her actions.

Richard Benjamin, in his first starring role, plays the sometimes gauche, much poorer object of her affections. He’s only connected by religious upbringing to The Graduate’s Dustin Hoffman, far more relaxed with women and comfortable in his own persona.

The camera loved McGraw the way it did Susannah York, but in these more permissive times, and given the age difference, there was much more the screen could show of the star’s physical attributes. I was surprised by McGraw’s performance, expecting much less from a debutante and ex-model (and studio boss Robert Evans’ fiancée) but she is a delight, supremely engaging as a confident character enjoying a life of privilege and engaging in witty repartee with Benjamin.

He plays a more down-to-earth character who doesn’t know what to do with his life except not get stuck with a money-making job. He would much rather help a young kid who likes art books.

It’s not a rich girl-poor man scenario but more a lifestyle contrast and both families are exceptionally well portrayed, Jack Klugman drawing on a lifetime’s exasperation as her father and Nan Martin as the uptight mother with terrific cameos from Michael Meyers as her oddball brother and especially Lorie Shelle as the spoiled-brat younger sister.

It’s a lyrical love story well told. The zoom shot had just been invented so there’s a bit over-use of that but otherwise it zips along.

A major plot point provides a reminder of how quickly men took advantage of female emancipation, the invention of the Pill dumping responsibility for birth control into the woman’s lap, leaving the male free to indulge without the risk of consequence. In other words, it was still a man’s world. Of course, without the Pill, it would be a different kind of story, romance tinged with fear as both characters worried about unwanted pregnancy and stereotypical humor as the man purchased – or fumbled with – a prophylactic.

Acting-wise McGraw is pretty game until the final scene when her inexperience lets her down. I’m not sure I went for the pay-off which paints McGraw in unsympathetic terms and lets Benjamin off rather lightly, but all in all I was surprised how much I enjoyed it.