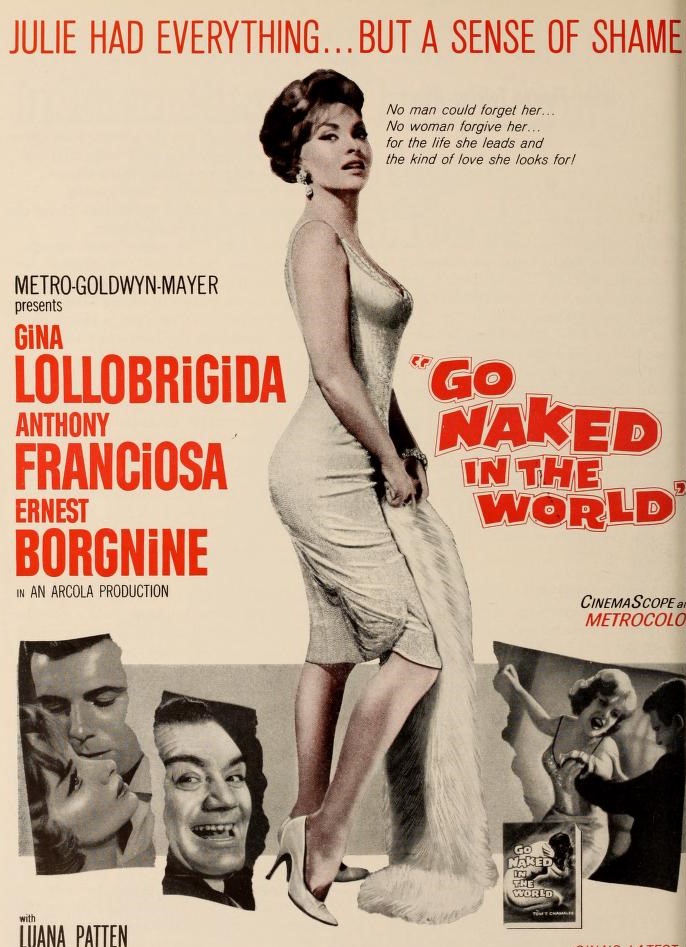 Under-rated at the time and ever since, and overshadowed at the box office by MGM’s other venture into the world of the good-time-girl Butterfield 8 (1960), this raw slice of emotion delivers on every front and may be even more pertinent today in its unashamed depiction of paternal love.

Three tales run in parallel – the main love story, Pete’s attempts to drag his son into the family construction business, and the father’s undying love for his son. Julie is only too aware that her profession prohibits the development of true love, her world consisting of putting on a happy face for grey-haired men, while avoiding commitment. Where Butterfield 8 evaded the reality of prostitution, that is not the case here, Julie tormented by the prospect of bumping into former clients or her lover unable to accept her past. Overwhelmed by guilt, she believes she is beyond forgiveness. Nick wants none of the commitment of a rich man’s son but all the entitlement.

Never mind the story, which was always going to tumble into tragedy, it’s the performers who steal the picture. Lollobrigida (Strange Bedfellows, 1965) gives a terrific performance, carrying the emotional baggage of the love story, devastation only inches away, self-destruction possibly the only path open, constantly aware that taking the easy path to riches and independence now stands in the way of happiness. The scenes where her self-loathing breaks through the patina of sexy gloss are tremendous as is her touching belief that somehow she can escape destiny.

While this might appear to be nothing but an over-the-top performance from Borgnine (The Split, 1968), it is anything but, and any man in an early 1960s picture who can demand a kiss from his grown-up son and constantly tells him how much he loves him is a pretty unusual character for the period. Of course, this overt show of emotion is explained by his nationality, but it’s clearly more than that. While attempting to control all around him, with hypocrisy in full spate, as heavy on religion as playing away from home, this is actually a superb piece of characterization, of a powerful man rendered impotent by the loss of love. He has the two best scenes, almost having a heart attack as he watches his son walk across a sky-high girder and later begging Julie’s forgiveness for attempting to wreck the romance.

Anthony Franciosca (Fathom, 1967) is the weak link. For all that he is saddled with a spineless character, moping and running away his default, he never quite seems worthy of romance with Julie nor for that matter of equality with his father. Former child star Luana Patten (Song of the South, 1946) makes an impact as the rebellious daughter while Nancy R. Pollock (The Pawnbroker,1964) brings dignity to her role as the doormat wife.

This was the fourth outing as a hyphenate for writer-director Ranald McDougall (The World, the Flesh and the Devil, 1959) but he was better known for screenplays such as Mildred Pierce (1945), The Naked Jungle (1954) and, later, Cleopatra (1963) and you can see he is accustomed to creating great roles for independent women and filling his picture with sharp dialogue and lines that sound like epithets. There’s more than enough going on to keep the various plots spinning and emotions teetering over a cliff edge.