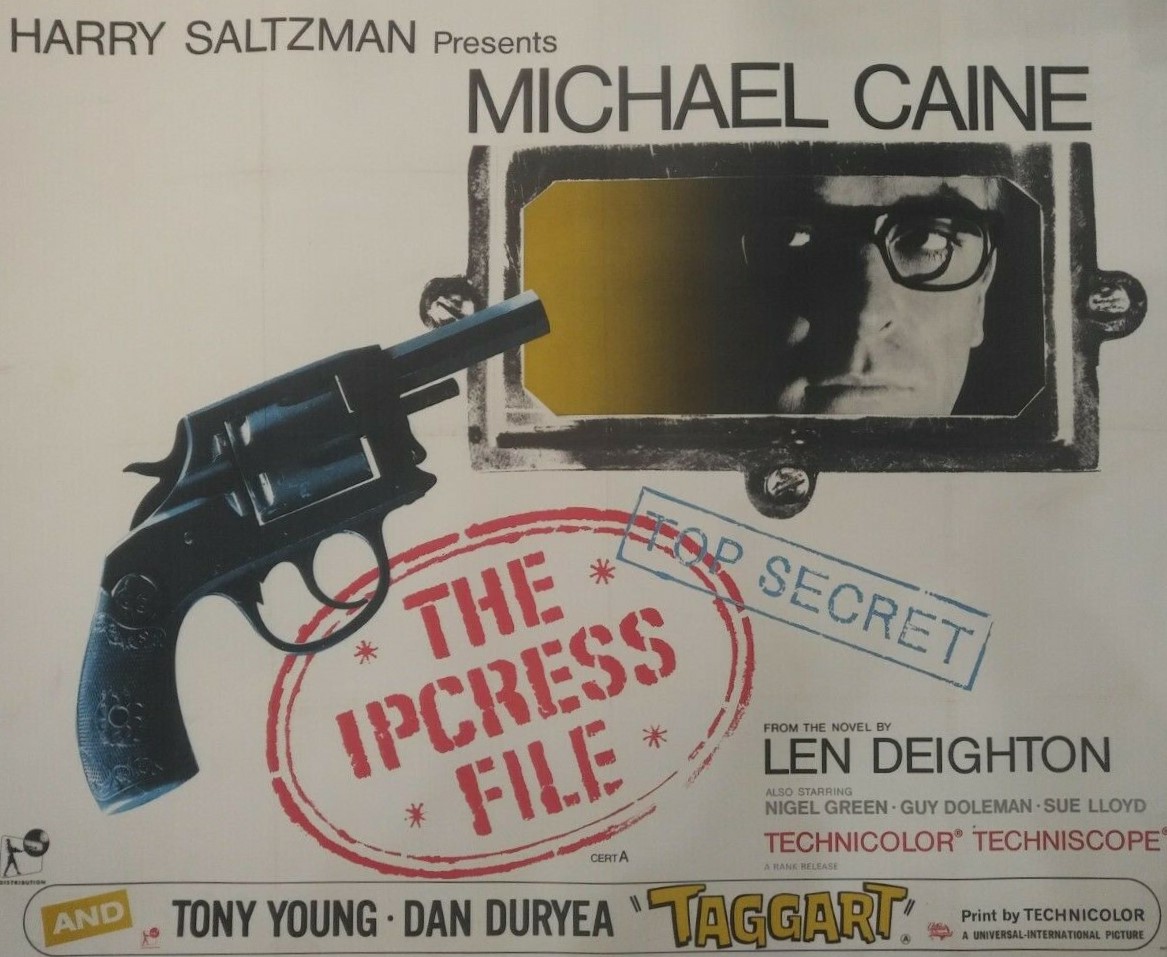 Stylish take on the espionage genre when it was still in its infancy and could accommodate stylish directors like Sidney J. Furie (The Appaloosa, 1966). Eschewing the bombastic effects and villains of the James Bond series, relying more on intrigue and the elements of betrayal that other practitioners of the dark arts such as John Le Carre espoused, this is as much a character study and presents in some cases a fairer picture of the class struggle in Britain than most kitchen-sink dramas. So it’s either going to put you off entirely or make you appreciate the film more when I tell you that my favorite scene is the fistfight between Harry Palmer (Michael Caine) and shaven-headed thug Housemartin (Oliver MacGreevy) outside the Royal Albert Hall in London that is shot entirely through the windows of a traditional red telephone box. You can’t say bolder than that.

The credit sequence, more famously ripped off by William Goldman for private eye saga Harper/The Moving Target (1966), is equally inspired. An alarm clock wakes Palmer, he reaches out for the girl who shared his bed last night to discover she is gone and then punctiliously and as if time-shifted to the twenty-first century when it would be the norm proceeds to grind fresh coffee beans, fill a cafetiere with only as much liquid as would constitute a small espresso, dresses and last but not least searches among the disturbed bedclothes for his gun.

Palmer is transferred from dull surveillance duties to a team hunting for missing scientists. Given both his insolent and insubordinate manner, he is not expected to fit in to a service riddled with the upper-classes. His new superior Dalby (Nigel Green), a “passed-over major,” owes his present situation to Palmer’s former boss Colonel Ross (Guy Doleman) and both sport three-piece suits, bowler hats and umbrellas and speak in those clipped tones that invariably carry undertones of menace. Where James Bond’s front, the import-export business, is rather more upmarket, here the background is considerably downmarket, Dalby masquerading as the owner of an employment agency and distributor of fireworks. It is insatiably bureaucratic, reams of forms to be filled in. What Palmer has in common with James Bond, beyond fisticuffs, is the ability to think outside the box and in this case picks the brains of a policeman friend to track down the wanted villain, code-named Bluejay (Frank Gatliff)

As in the best post-Bond espionage, there are traitors everywhere, and the departments employing spies tend to employ other spies to spy upon them, though in this case Palmer has the luck to draw the sexy Jean (Sue Lloyd). When Palmer picks up the trail of Ipcress, the plot thickens. There is no shortage of action, a gun battle, fisticuffs, but it presents a different approach to modern espionage, with a properly rounded hero – one who can cook (as did author Len Deighton who wrote a cookery column) for a start – while the ladies, with whom he shares a roving eye with Bond, are not required to turn up in bikinis.

There is deft employment of that favorite British cultural emblem – irony – and one wonderful scene takes place in a park where Dalby taps his cane in appreciation of a brass band. Throw in a bit of brainwashing and it’s a completely different proposition to Bond who could escape such a dilemma in a trice. There is a clever ending.

Michael Caine (Hurry Sundown, 1967), complete with spectacles, is superb as Palmer, making enough of an impression that the series ran for another  four episodes. The stiff-upper-lip brigade have a field day in Nigel Green (Jason and the Argonauts, 1963) and Guy Doleman (Thunderball, 1965), the latter shading it with his purported sense of humor. Sue Lyon (Corruption, 1968) is excellent as the seemingly unattainable gal who falls within Palmer’s purvey but not entirely due to his charm. The villains, too, are not from the James Bond school of cut-outs, but come across as equally human, and the chief rascal you could argue has the most finely developed sense of humor of the lot. Throw in Gordon Jackson (Danger Route, 1967) and Freda Bamford (Three Bites of the Apple, 1967) as the bureaucratic attack-dog Alice and you have a very well cast movie.

Sidney J. Furie divided critics. Some believed he was ahead of his time, others that he was in thrall to arty French directors, and a reasonable number who didn’t give a stuff as long as he delivered the goods. But his predilection for odd angles here proves a strength, his  compositional excellence also spot-on, one scene in particular where in a library Palmer looks down on the villain with Housemartin on a landing between. And he takes great delight in emphasizing the class distinctions, both bosses have huge offices with a small desk in the corner, and when Ross places briefcase, umbrella and bowler hat on the desk of Dalby it could not be a more clear invasion.